Should heads roll at HBO for using a Bush's severed head in Game of Thrones?

"We certainly didn't mean to offend our friends on the left by using a fake head. Trust me, we just couldn't get our hands on the real thing."

The above quote is actually fake and completely manufactured by me. I hope I didn't offend the HBO writers by this, but I just had this pseudo quote lying around and figured, "why not use it?"

Here is some of their actual controversial commentary found on the DVD set of HBO's Season 1 Game of Thrones...

"George Bush's head appears in a couple of beheading scenes. It's not a choice, it's not a political statement. We just had to use whatever heads we had lying around." 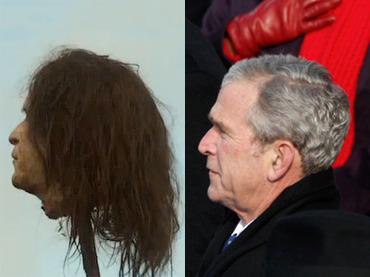 This explanation sounds legit. Who here can honestly state they don't have a few rubber severed heads lying around that resemble former President George W. Bush? 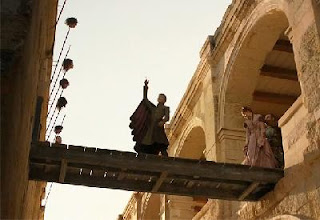 This screen capture depicts the evil boy king Joffrey proudly pointing to his collection of heads on pikes. In this scene, he cruelly forces his betrothed, Sansa Stark, to view her father's head.


Now some have called this "disgraceful" and "disgusting" and further have argued for a boycott of this very popular show. FULL DISCLOSURE: I am a huge fan of the books, this series AND of former President George W. Bush's head remaining firmly ensconced upon his torso.


For those unfamiliar with the story, let me just say that the fake Bush head is in good company, as it joins the head of Eddard Stark (Ned), Lord of Winterfell and Warden of the North. Ned was a rare man of honor and integrity who possessed a sense of duty and justice that was second-to-none. The evil-doer King Joffrey had Ned Stark unjustly beheaded for treason because Ned had discovered Joffrey's claim to the throne was illegitimate as he was the bastard product of an incestuous relationship between the Queen and her brother. Ewww.


So if George and Ned are both men of "honor and integrity" unjustly persecuted for their virtue, then I will let you figure out for yourself who the evil boy king with the illegitimate claim to the throne represents.


On an unrelated subject, everyone knows the story of the letter a beardless Abraham Lincoln received from an 11-year-old girl urging him to grow whiskers because he would look better on the penny. One has to wonder whether or not this episode above will trigger a piece of silly affection in George W. Bush for long, knotted and straggly hair.
Posted by DaBlade at 3:08 PM