Ginsburg Would be Resuscitated If That’s What the President Desired

What if she predictably falls asleep?

What if the president then adlibs the words Virginia Gov. Ralph Northam recently used regarding babies and applies them to The Despicable RBG? 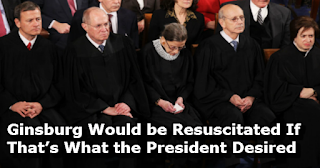 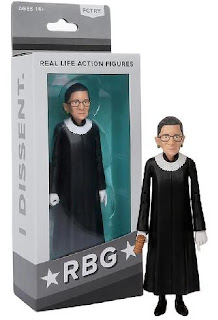 "The dead give-away was the fact that she walked perfectly erect and was not bent over and shuffling like the old crone," said an anonymous source. "She seemed to enunciate and there was no drool on her chin from any recent narcoleptic naps..."