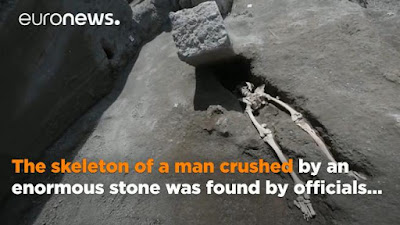 The remains of a man trying to escape the volcanic eruption of Mount Vesuvius nearly 2,000 years ago were found in Pompeii, Italy, this week...

His head has not yet been found? I can give them a clue where to start looking.

The story suggests that the internet memes this photo generated are somehow inappropriate. I say, meme away. The average life expectancy in ancient Rome was 35 years of age. The dude made it! If I were him and was given a choice on "how to go" the day before Vesuvius erupted, THIS would have been my wish.

But that got me to thinking. I wonder how these folks spent the day before the big blow? Were they worried about stuff that wasn't really important in the big scheme? Shouldn't they have taken an occasional look at the rumbling mountain over their shoulder and prioritized a little better? 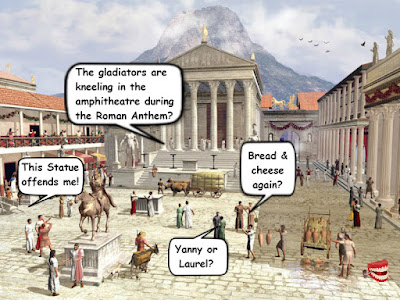 In 1942, a gentleman by the name of Albert Camus had a philosophical essay published titled, "The Myth of Sisyphus." In it, Camus argues that Sisyphus symbolizes "man's futile search for meaning" and concludes with this: "The struggle itself...is enough to fill a man's heart. One must imagine Sisyphus happy." 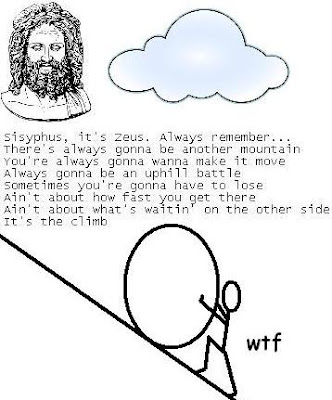 So basically Hannah Montana had it about right. It is the climb.
Posted by DaBlade at 7:38 AM