This post was inspired by our good neighbors in Indiana, and this recently erected billboard just over our shared border... 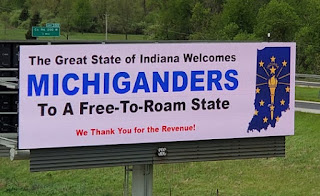 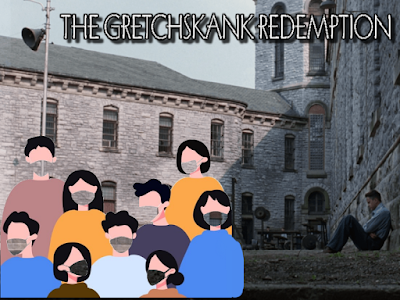 These prison walls are funny. First you hate 'em, then you get used to 'em. Enough time passes, gets so you depend on them. That's institutionalized. They send you here for life, that's exactly what they take. The part that counts, anyways.

In the movie "Shawshank" in that clip above, Red is talking about Brooks.  In the movie, the old man was a fish out of water after having gained his freedom. SPOILER: It doesn't end well for him.

In the remake, the character of Brooks is played by all of the judgmental mask-wearers who cling to their useless pieces of clothe (or in Alyssa Milano's case, their crocheted face mask). What will they do when these masks are no longer required by the local retailer or staying home is no longer mandated by The State?

This is Brooks.
Brooks is a mask-wearer.
Brooks loves his mask even though its useless.
Brooks is lost now without his mask.
Brooks is institutionalized.
Be like Andy

Speaking of our good friend Andy Dufresne, he is summoned to the Warden's Office. 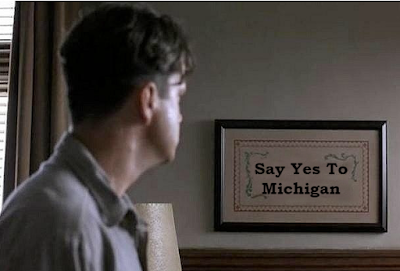 WARDEN WHITMER: Nothing stops. Nothing, or you will do the hardest time there is. No more protection from the guards, I'll pull you out of that one-bunk Hilton and cast you down with the Sodomites. 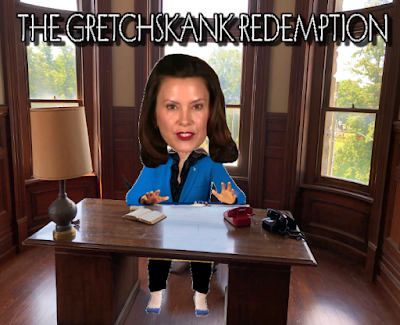 Andy doesn't like the Warden and everything that she spews from her piehole. Andy heard there is freedom out there and wants to find it.

RED: But Indiana's way the hell down there and you're in here...
ANDY: "I guess it comes down to a simple choice, really. Get busy living or get busy dying." 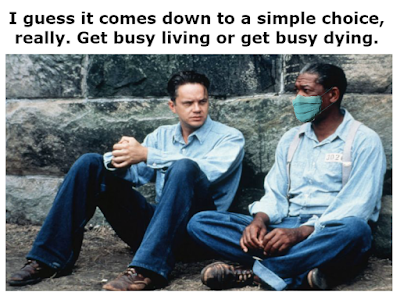