Leslie West deserves to be heard, listened to, and I say believed!

The new Democrat talking point in answer to rape and sexual assault allegations against Joe Biden
“I believe that women deserve to be heard and I believe that they need to be listened to..."

"Listened to with laser focus like Pee Wee Herman and his over-sized ear."

BTW, if you ever get to go see a movie at an actual cinema in the future and either Joe Biden or Paul Reubens are in the row behind you,  do not share your popcorn with them.

As for the hard hitting interview where the Morning Mika actually asked Biden a question about the charges, this blog tends to believe Biden in so far as he emphatically states he does not remember. 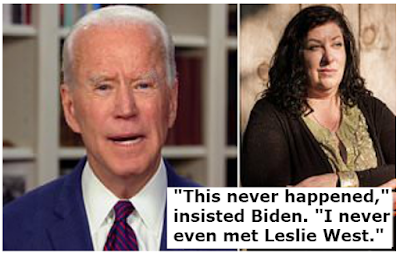 after the interview, Joe mysteriously scrolled off screen. Apparently, Biden's sister-wife, Jill, had a robe tie fastened to the back of Joe's office chair so she could pull him to safety. She did not want a repeat of her husband-brother staring vacantly at the camera well after the interview had ended.

And now for a post-ending musical interlude from Mountain and Leslie West with Mississippi Queen.