This is not the first outrageous and despicable utterance from this pile of human debris' piehole. In fact, I am not aware of anything she has ever offered of value - and yet she continues to be employed. Just who are these "hands off" owners? 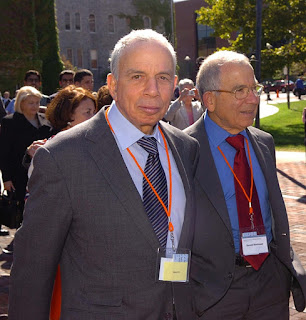 Teen Vogue is a sister publication to Vogue. It is published under the Condé Nast umbrella, which is owned by the Newhouse family and Advance Publications.

The Newhouse family once offered the following job security pledge.

"We provide job security to all full-time, salaried employees who are not covered by a collective bargaining agreement. This means that no full-time, salaried employee will lose his job because of new equipment, technological advances or lack of work. Once you have satisfactorily completed a probationary period, you will become a permanent employee. Then, this unique job security pledge applies to you as long as you continue to perform your assigned tasks satisfactorily, do not engage in misconduct and this newspaper continues to publish."

Of course they found a loophole and terminated thousands of good, honest and hard working folks (and me) for a buck. Let's see how they handle this latest Lauren Duca tweet. I'm guessing she's safe.

Well, we HAVE to do SOMETHING. I love the 2nd Amendment as much as the next lying politician, but we must give into emotion and crisis actors over logic, freedom and liberty if this problem is to be solved! Your 'thoughts and prayers' are not what's needed - rather you must cede all authority to the loving government and empower them to protect you. After all, we HAVE to do SOMETHING!


What does that have to do with the price of tea in China? I'll tell you...

2) The price of tea in China craters

3) Butterfly flaps it's wings in Madagascar

In conclusion, I don't own a bump stock, nor do I have any desire to own one. Had bump stocks been banned prior to the Las Vegas shooter, it would not have stopped him from getting them or making his own. In fact, I've heard that one can mimic the action of a bump stock by simply inserting your thumb into your belt and the stock against your belly. The point is, this is nothing more than a magician's slight-of-hand and the next thing you know, there will be a knock on your door and a demand for your guns. Good luck with that, progressives. All that will be accomplished by the public school kids walking out and skipping a day of indoctrination is maybe a spike in test scores.

Wild Boars on The View 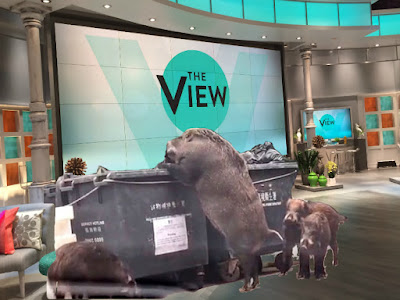 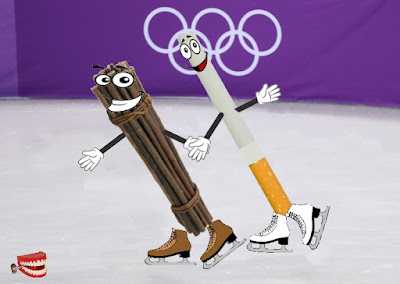 The first openly combustible bound bundle of sticks and twigs and a slang term for a cigarette skater have "come out" and medaled at Pyeongchang - proving that figure skaters don't have to be America-hating homosexuals.
Posted by DaBlade at 8:34 AM 5 comments: 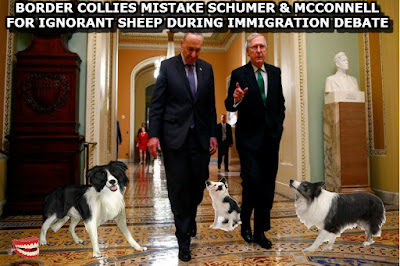 Smart dogs. Peel away the diseased sheep from the pack. Herd them outside. Maybe they'll wander out into traffic.
Posted by DaBlade at 7:54 AM 4 comments: 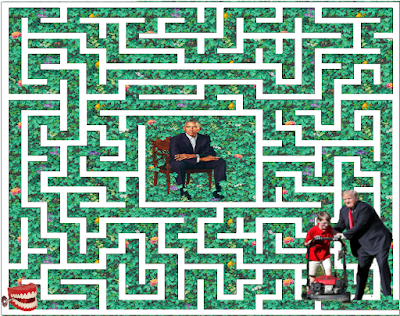 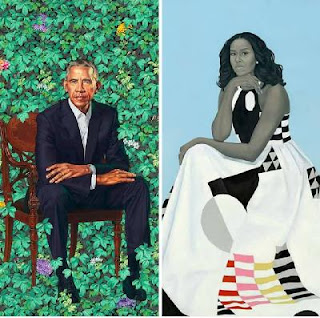 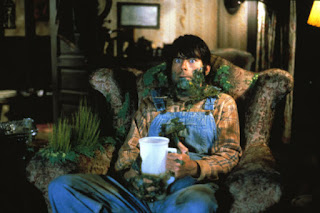 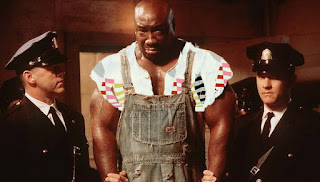 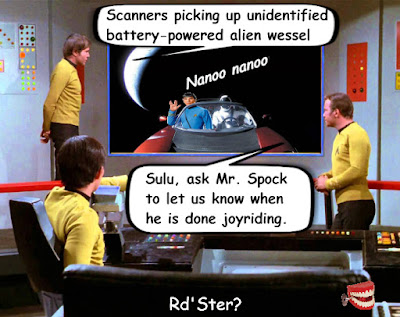 When Elon Musk launched one of his expensive golf carts into space this week, I couldn't help but think about Star Trek: The Motion Picture. If memory serves, the antagonist in that flik was a defunct space probe known as V'Ger (formerly known as Voyager 6 before an assault of a millennia worth of radiation wore off some of the paint from the logo). At some point, V'Ger 's programming is taken over by a mechanical race of very stupid robots who send V'Ger back toward Earth in search of whales or something. In my proposed sequel, The Enterprise stumbles upon the Tesla Roadster as it is returning from deep interstellar space. I don't want to give too much away, but the Rd'Ster has somehow gotten it into it's programming to return to it's creator, threatening Earth unless it gets a tuneup and tire rotation. Spock eventually does a mind meld to the dummy pilot and somehow convincing it to allow him to change the radio station to something more of his liking. Sulu falls in love with the alien dummy driver because it, "has a pretty mouth."  You'll just have to buy a ticket for the exciting climax.
Posted by DaBlade at 8:46 AM 5 comments: 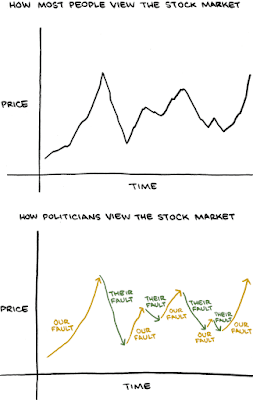 NEW THIS FALL! - THE FLYING NUNES

Powered by over sized headgear and a powerful memo on FISA abuse, Devin Nunes is The Flying Nunes! Hillarity will ensue, as this House Intelligence Chairman will soar over Washington D.C. each week triggering the liberals and leftists to scurry away looking for a safe space or their Tide Pod stash.

I already have my lunchbox (below) to take to work. 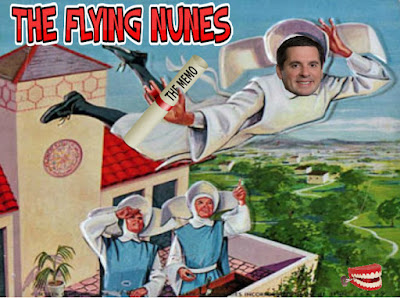 Yes, I did watch The Flying Nun,  but in my defense;
1) We had only one TV in the house back then;
2) I had an older sister;
3) I was still in elementary and had yet to attain double-digits. 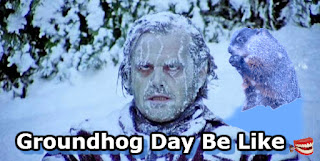 Chattering Teeth News - Today is Groundhog Day 2018, and the results are in! At precisely 7:25 a.m. Eastern time, on a hill the locals call Gobbler's Knob, a chunky rodent named Punxsutawney Phil poked his head out from his burrow and READ THE MEMO.

As he read, Phil saw the dark shadow of the deep state and corrupt pawns at the highest levels of the FBI & the DOJ.  The implications for the release of the memo to the public became clear. They say the best disinfectant is sunlight, and the deep state shadows are anathema to this light. Therefore... 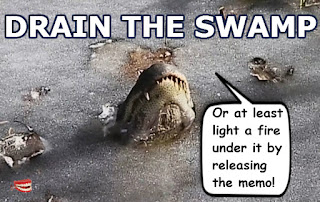 RELEASE THE MEMO?
*Emo Philips is in my Top 10 of all-time favorite comedians - and his first bit here in the first minute is on the topic 'release the Emo' - but you might enjoy his entire routine. 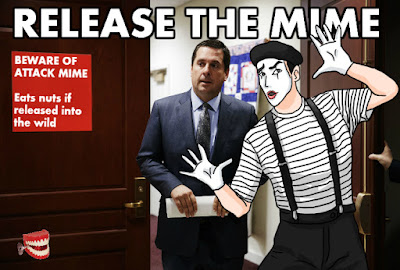 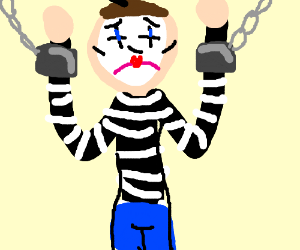