A Day In The Life of Rand Paul 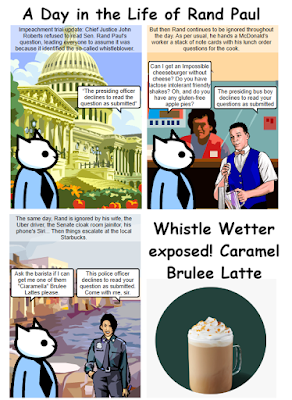 Groundhog Day will be 'celebrated' again this upcoming February 2nd when an overweight rodent rises from his burrow for a small portion of the human population who are actually ignorant enough to be interested in this annual pseudoscientific weather forecast. Will the rodent cast a shadow and signaling 6 more weeks of winter?

Not so ironically, the very next day on Monday, February 3rd marks the 2020 Iowa Democratic caucuses when the democRat candidates rise from whatever hole they climbed out of for a small portion of the human population who are actually ignorant enough to be interested in this collection of human debris. Will one of these democRats win the White House and signaling 4 to 8 years of devastation to the economy, culture, national security, the Constitution, and casting a shadow of doubt for the continuation of our liberty and freedoms?

Speaking of Groundhog Day, the big news out of PETA is the 'animal rights group' calling for Punxsutawney Phil to be replaced with a robot groundhog because it is a stressful job and an animatronic rodent could do the job just as well.

I think we could say the same thing for Bernie or any of the other commies in the democrat field. Hell, I'd vote for a toaster first.

Swedish environmental activist Greta Thunberg rose from her burrow to claim that climate change will mean that in 12 short years the Earth will only be able to support robot rodents on inflatable floating icebergs. 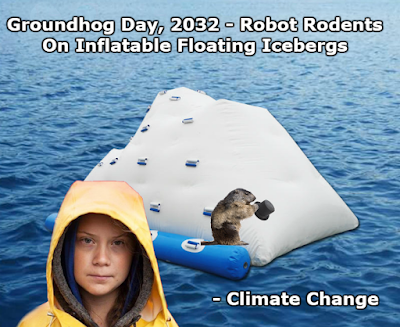 Hillary Clinton “Feels the Urge” to Run Against Trump Again?
“Yeah. I certainly feel the urge because I feel the 2016 election was a really odd time and an odd outcome.”

We know what happened LAST time she "felt an urge"... 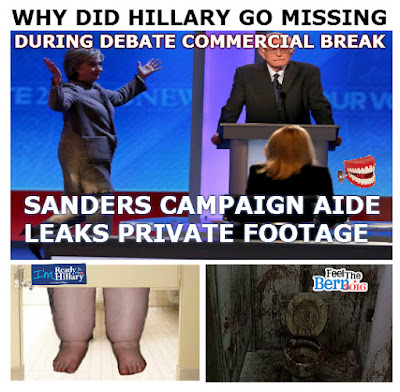 BTW, I thought she retired? 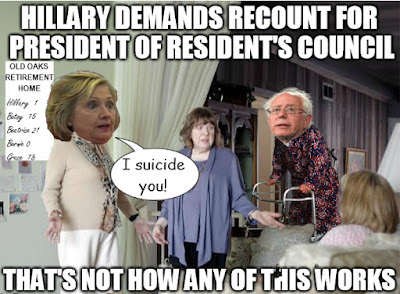 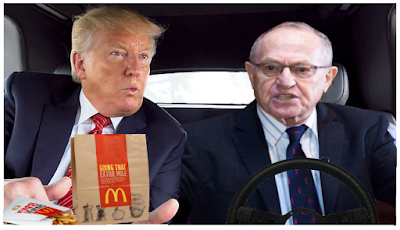 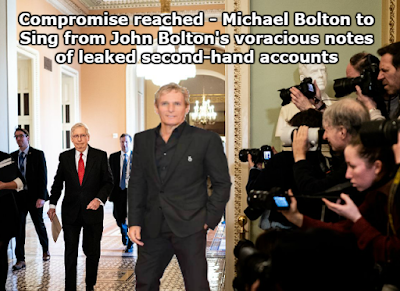 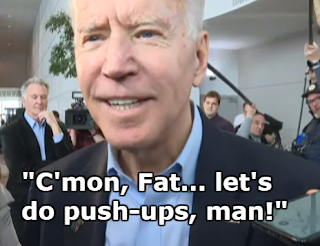 Stay tuned for more updates as they happen (or at least within the next month or two)
Posted by DaBlade at 7:32 AM 4 comments: 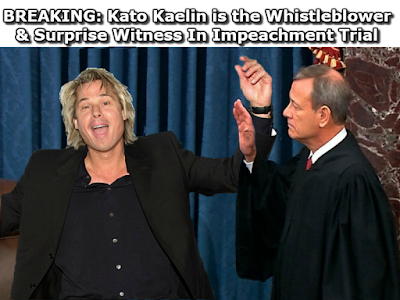 Full disclosure. I did not watch the Democrat debates last night as I am not clinically insane or mentally retarded. However, I am disturbed and off-balance enough to click a link on the morning after that stated Elizabeth Warren refused to shake Bernie's hand at the conclusion. 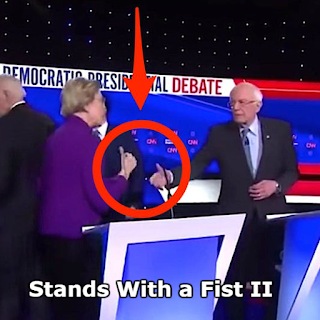 "In the video above, Warren can be seen moving toward Sanders. But the Massachusetts senator pulls her hand back when Sanders extends his."

As I watched this video, the disembodied voice in my head kept screaming:
WHAT COULD THIS MEAN? WHAT ARE THE IMPLICATIONS OF THIS SLIGHT? and.. I CAN'T EVEN SEE THE WIRES THAT ANIMATE BERNIE'S CORPSE!

But then I gulped my coffee and feverishly continued my research for this extraordinary post which will likely become my life's "Opus". Apparently, Warren and Sanders had a little dust up during the debate about whether or not Bernie had told Warren in 2016 that a woman couldn't win the presidency.

Warren stated, "So, can a woman beat Donald Trump? Look at the men on this stage. Collectively, they have lost ten elections. The only people on this stage who have won every single election that they’ve been in are the women.”

At this point I'm thinking, #1 Which category above is Warren counting the Peter-Puffer from South Bend?, and #2 This is exactly the kind of leadership and topics the American people in flyover country care most about and discuss at the kitchen table.

So why did Elizabeth "Pocahontas" Warren not shake Bernie's hand at the end of the debate? I'll tell you.

I have dedicated my entire life and lengthy career, if not the last 5 minutes tirelessly performing duckduckgo searches in support for this nonsensical blog post, in the study of Native Americans. Their culture, traditions and languages.

The top lesson in the "Five things we can learn from Native Americans" is that they...
1. Never Say “Goodbye”

It's true. The Indians didn't even have a word that translates to "goodbye". Instead, they say something to the effect, “until we meet again.”

The Lakota, commonly known as the Sioux, do not have a word directly meaning 'goodbye' in their Native language. Instead, the Lakota tribe uses “Toksa”, a phrase meaning “see you later”. The Ojibwa don't have a way to say "goodbye" exactly. They say, "gigawaabamin", which is like saying "see you later" (and is usually said by the Injun pit boss at the local casino after you've lost your last $5 chip). The Cherokee word is “Donadagohvi” which not only means, “'til we meet again,” but also, "Four More Years of the Don."

Therefore, and in conclusion to this scholarly piece, I contend that Warren wasn't slighting Sanders by refusing to participate in an American tradition of shaking hands in "good bye", rather she was confused by the gesture. The video does appear to show Warren shaking hands with the other debate participants, which appears to disprove my chief hypothesis - but if you blow up the still frames, she is clearly just passing out wooden nickels and just ran out by the time she got to Bernie.

P.S. "Chief Hypothesis" is on the Trump Train. 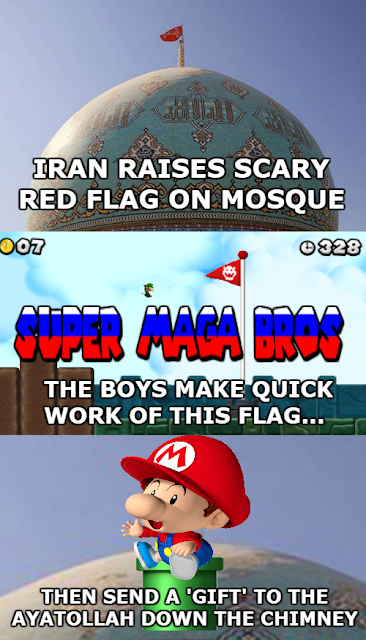 Iran 'retaliates' for President Trump killing their top terrorist, Kasey Kasem SoulManie by raising a scary red flag on some rounded, phallic-looking building, and predictably the journalists are terrified.


Obviously, the scary red flag reminded me of the hours (days/weeks) I spent playing Super Mario Bros games. The red flags were special level-ending goals. Just jump and grab, and on to the next level.

As for the dead terrorist, SoulManie - let's take a moment to celebrate his removal with this tribute... 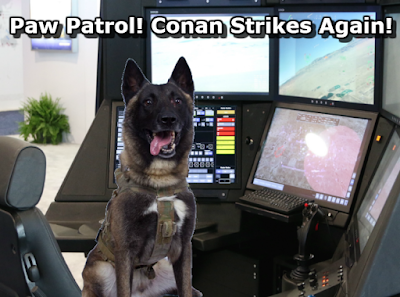