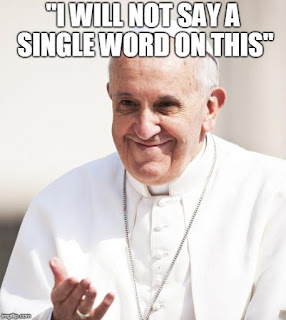 As a practicing Catholic, I have held my tongue (and pen) when it has come to a desire to complain about Pope Francis. I have refrained. After all, do I think I am a better Catholic than El Papa? But after his silence and non response to these recent allegations of his involvement and cover up for these predator priests, I am entitled to my opinion, and my opinion is that the upper echelons of the Church must be cleansed of all pedophiles, homosexuals and perverts - included the cowards who were complicit by turning a blind eye to this abuse. Whatever Pope Francis' role, he is no longer capable of leading the Church.

Matthew 16:18 And I tell you, you are Peter, and on this rock I will build my church, and the gates of hell shall not prevail against it.

The Church will survive. After all, I DID NOT LEAVE THE COUNTRY, nor did I take a knee during the playing of our national anthem during the 8 years of Obama's reign, as he methodically eviscerated the principles of our founding, our constitution, our culture and our military. No sir! I stood and placed a hand on my heart in patriotism and respict (sic - don't want Sharton to accuse me of racism) for the ideals on which the country was founded - not for the numbnuts socialist who had then occupied the highest office. The same holds true now with the Church.

I've said it before and I'll say it again... I'm not homophobic and I do believe that its none of my business what pedophiles do in the privacy of their own cell block. Just not in the Vatican and not in my church.

I see what you're trying to do there, Satan, but I'm not leaving. I guess I'm just an original recipe Coke kinda guy. I'm not "fed" by the level of charisma of the pastor, I am fed by the Real Presence of the Holy Eucharist. For like Simon Peter, in answer to Jesus' question to the twelve, “Do you want to go away as well?” (John 6:64-69) My answer is the same. “Lord, to whom shall we go? You have the words of eternal life, and we have believed, and have come to know, that you are the Holy One of God.”
Posted by DaBlade at 8:07 AM 2 comments:

No time to be a maverick 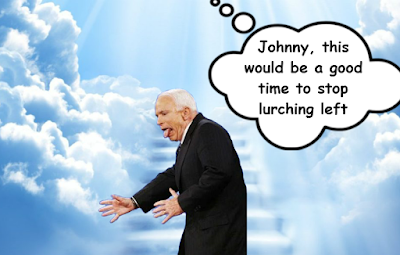 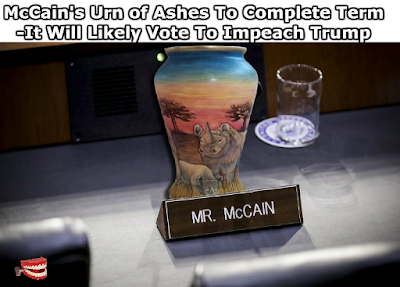 * In good news, he now qualifies for Obamacare.
Posted by DaBlade at 9:08 AM 3 comments: 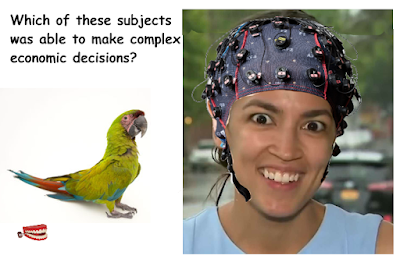 Test results are not yet complete, as the democrat socialist keeps stealing the other bird's nuts and seeds.
Posted by DaBlade at 7:26 AM 7 comments:

Jesse Hernandez may have come out on top, but that doesn't mean there wasn't competition and drama along the way... 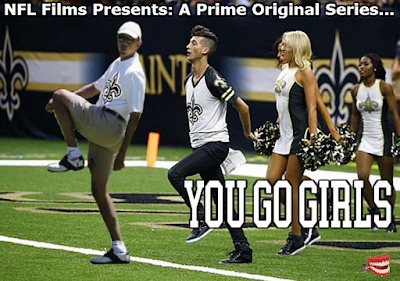 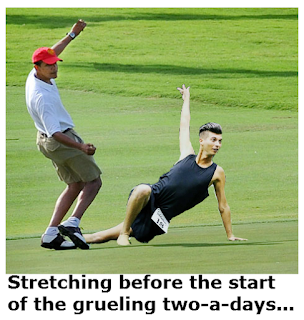 You'll laugh. You'll cry. You will kneel right along with the overpaid and America-hating players. Of course, you'll be taking a knee next to the toilet in order to vomit, but hey! Solidarity! 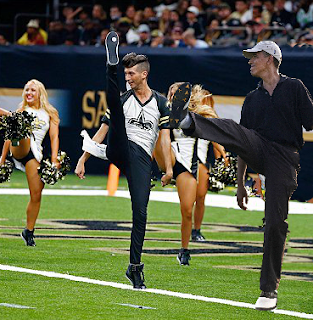