...and has asked the Republicans to attend in good faith. What could possibly go wrong America? 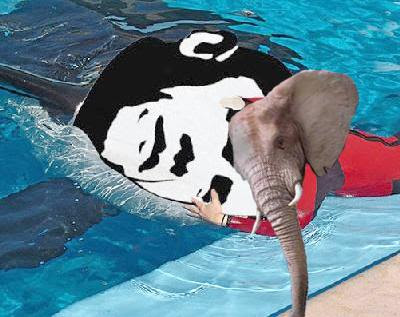 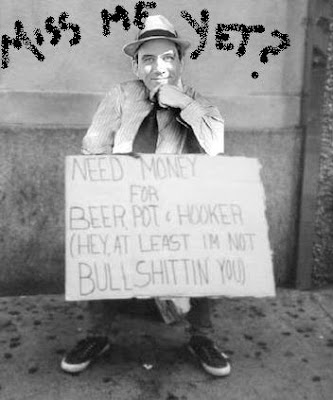 I believe it was Albert Einstein who once said: "The definition of insanity is doing the same thing over and over again... especially if that same thing is watching the Olympic Curling competition from the couch through several commercial breaks and expecting an exciting outcome." ...Or something like that.

This is not how I had envisioned my post newspaper career. I always figured it would be me playing shuffleboard on the deck of a ridiculously expensive cruise ship. Oh well. At least there is spandex and drooling involved in both scenarios.

Just so all of you know, most of the above is satire and not necessarily true. I am not spending my time sitting on the couch all day, drooling and feeling sorry for myself, and I never expected a retirement of riches on a cruise ship. I did , however, falsely assume that I would be treated with the consistency and fairness afforded the other departing executives who also found themselves adrift and up the ink creek without a paddle (to continue with the "boat" theme)... but that's for another time.

So in conclusion, that's why I haven't been blogging with any regularity as my computer time has been almost predominately used in actively pursuing employment opportunities. The spandex unitard simply helps prevent chaffing in this endeavor.

While I'm here, I might as well take this opportunity to point out a few things I have noticed lately...

In his SOTU address in 1996, President Clinton declared "The era of big government is over." Of course, he was biting his bottom lip and had his fingers crossed behind his back when he said it... but say it, he did.

I am just thankful that Obama, peace be unto him, saw the error of this statement when he poured trillions of dollars into boondoggle projects and future democrat/union slush funds to "stimulate" the economy and save jobs. Sure, the economy continues to shed jobs by the millions, but just think how much worse it could have been. 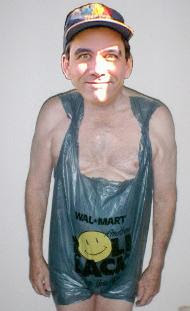 By the way, I missed Obama's SOTU address. Did he make a declaration that "The era of big Walmart is over", as the behemoth discount retail chain suffers it's first U.S. sales decline?

Great timing. Just as I enter Obama's underground economy, I can't even land a position as a Walmart greeter.

I had my wardrobe all picked out to.

BTW, Tiger Woods owes ME a personal apology. Why do I say this? Well, Heller has been wrong 98.2% of the time, so I'm just playing the odds on this.
Posted by DaBlade at 8:40 AM 3 comments:

Yes W, we miss you

'Anonymous' Business Owners Behind Bush "MISS ME YET?" Billboard

Glad that mystery is settled. I still can't see how this could possible be construed as a "dig at Bush's unpopularity" rather than the obvious message that Obama sold you a bill of goods.

A nature conservation group has purchased the land and has covered the famous HOLLYWOOD sign for a makeover:

The LAPD sent out a community alert to Hollywood residents -- possibly because it might alarm people to find one of LA's most recognized 450-foot-long landmark wrapped in a giant blanket.

Reporters here at Chattering Teeth News have learned what these secret plans are... 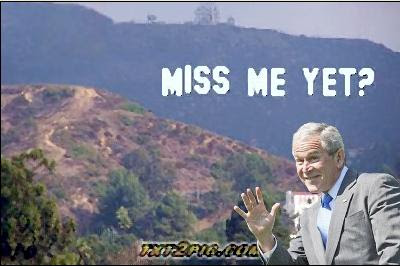 I see a pattern developing here...
Posted by DaBlade at 6:37 AM 6 comments:

MSU students and fans alike seem to be coming to a general consensus on the new Spartan logo, and that consensus is negative.

For those of you not schooled on this controversy of logo-gate, here is a side-by-side view of the old and the proposed new logo for the Spartans, courtesy of The Detroit News:

The newspaper website also offers readers the opportunity to design and upload their own Michigan State Spartans logo here, but I wanted to test mine out here first.

As an alum and fan of their big brother rival The University Of Michigan, I felt a sympathetic duty to work dilligently and tirelessly on creating a new logo my little brothers and sisters in East Lansing could relate to and rally around. I believe the said logo needs to successfully communicate their brand.

I have two prototypes currently.

The first is a "back to the roots" celebration of MSU as the first agricultural college founded in 1855.

And of course, what fan of the UM/MSU "rivalry" is not aware of the Cherry Street Couch sacrifices after another loss (and even the occasional upset win)?

No need to thank me Sparty nation. I'm just happy to help.
Posted by DaBlade at 12:51 PM 8 comments: