History teaches us that THE OBAMIAN PERSECUTIONS will backfire

I ran across this article on ancient Rome's DECIAN PERSECUTIONS (on pbs.org of all places) and was struck by the raw similarities to what President Obama is doing with this HHS mandate. See if you can spot them.

It is the middle of the 3rd century and the Roman Empire is in great crisis, and Emperor Decius is "under great pressure". There exists: 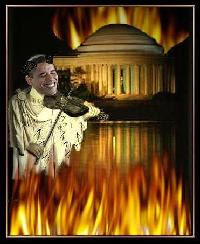 * sheer corruption in the aristocracy, from the Emperor down.
* There is a sense that we are being besieged on the borders, that the barbarians may be coming in at any moment.
* the Persians are dangerous.
* the Germans are dangerous.
* There's a great sense that anything that upsets this ancient contract between the Romans and the gods has got to be dangerous to (their power).

and with a slight re-write to conform to today's reality, we get...

It is the beginning of third millennium and the United States is in great crisis, and Emperor President Obama is "under great pressure". There exists:
* sheer corruption in his administration, from Obama down - from the democrat schemes that collapsed the housing market and have brought this country to it's knees; the Solyndra bankruptcy and an avalanche of other ongoing green subsidy scams; the Fast and Furious gun scandal that cost the life of a border patrol agent; the GM and car company takeovers; to governing against the will of the American people by jamming an unwanted socialized medicine health bill down their throats - to name a few.
* There is a sense that we are being besieged on the borders, and the fear that Republicans may actually try to secure the borders and stop the flow of these future democrat voters.
* the Persians are close to developing nuclear weapons to be used for their stated goal of wiping Israel off the map.
* the imminent European economic collapse is dangerous.
* There's a great sense that anything that upsets this ancient contract between the Romans democrats and the gods unions has got to be dangerous to their power.

So what does Obama do? Well, what did Emperor Decius do?

(In) the year 250, the Emperor Decius decides that Christians are a real enemy of the Roman order, that they must be dealt with empire-wide, with all the police power that the emperor can bring to bear upon them. And he issues a decree that everyone has to sacrifice to the Roman gods and they must produce a certificate signed by a Roman official that they have done so.

Sounds like the HHS mandate against the Catholic church to me, and so the United States Conference of Catholic Bishops spoke out.

So, the Romans bring to bear all the power they have at their disposal. They say, "All right, let's hit the leaders. Let's find these bishops and bring them into court and force them to recant, and if they won't, we'll eliminate them... And so you have bishops fleeing to the countryside and you have others being martyred. You have ordinary people, for the first time, being rounded up, forced to sacrifice, or if they can buy a forged certificate of of sacrifice. There's some of those which have actually survived.

And so will Obama.

The net effect of this is that a new cult of the martyrs appears in Christianity, which strengthens the the church, which feeds on anti-government sentiment in many segments of the empire, - those remote geographical areas distant from Rome which have always been suspicious of Rome. This simply brings those into the Christian fold and in many ways, it backfires. So the Decian persecution is very short-lived....

Let us pray that the Obamian Persecution is short-lived as well. 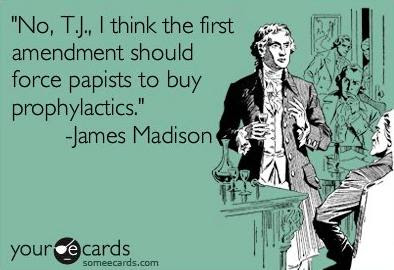