President Obama finally weighs in on the murder of Chris Lane, the white Australian college student and baseball player who was shot and killed while he was jogging along a street in Duncan, Oklahoma by three self-described "bored" black teenagers. Let's listen in as the POTUS crushes his cigarette under his heel before taking the podium for this White House news conference.

OBAMA: "I don't know, not having been there... aaaand not seeing all the facts... what role race played. Of course, thaaaat has never stopped me before. Just like during the whole Trayvon deal. The difference being thaaaat Trayvon furthered my agenda. Now about this jogger. I might be "a little biased"... But I think it's fair to say, thaaaat the jogger acted stupidly."

Obama's brother, Malik Obama, is in bed with terrorists and working as an official within a terrorist State.

Meanwhile, Malik Obama leads in the polls of likely democrat voters (both living and deceased) and is the new front-running presidential candidate to unseat Hillary in 2016 (or 2020, or whenever the Obama decides to step down because he's tired of golfing).
Posted by DaBlade at 8:16 AM 1 comment:

Is this "the most entertaining, inspiring and unusual" blog post ever written?

It was May of 2008 when I originally blogged and posted my Personal Letter from Steve Martin (below) that he sent me around 1980 (give or take).

While I have always personally treasured this letter, I had no idea that it would one day be deemed "the most entertaining, inspiring and unusual letter" anyone has ever written in the course of human history. AND IT WAS MAILED TO ME! 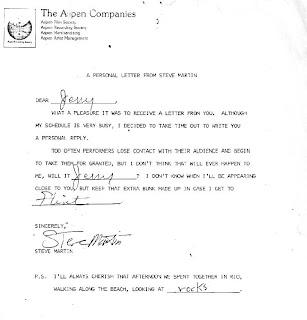 I sense that you may have just sprayed your (coffee/liquor/energy drink) out your (nose/pie hole/sphinxter) and on to your (PC monitor/smart phone screen/spandex unitard) as you read that last paragraph, so I'll give you a moment to get cleaned up.

Better? Now I know what you might be thinking. "Just where does this guy get off thinking he is the recipient of 'the most entertaining, inspiring and unusual letter' ever conceived and written by the entirety of the world's most brilliant and talented minds?" and/or... "I hope this coffee stain comes out of my Lederhosen."

Well don't just take my word for it. There is a book coming out this October on this very subject titled -

Letters of Note: Correspondence Deserving of a Wider Audience [Hardcover] 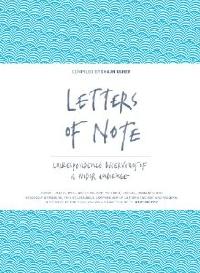 By Shaun Usher - Author, Compiler Extraordinaire, and Curator of the World's Most Curious Correspondence.

Book Description (per Amazon.com) Letters of Note is a collection of one hundred and twenty five of the world's most entertaining, inspiring and unusual letters, based on the seismically popular website of the same name - an online museum of correspondence visited by over 70 million people...

So now you might be thinking, "OK, I get that your Personal Letter From Steve Martin is in this collection, but it is just 1 of 125 historical letters, yet you assigned it the number one slot of all time. Narcissistic much?"

Hey! Come at me again like that you rodeo clown and I will ban you from my blog thoughts! I base my assertions on the following email I recently received from the source himself, who obviously has designated my Personal Letter From Steve Martin as the REPRESENTATIVE sample and the BEST OF THE BEST! Subjectivity aside, who better than the author to make this call?

Jerry,
Hello! Quick question. Would you object to your Steve Martin letter featuring in GQ Magazine's November issue? It's for a piece I'm writing to promote the Letters of Note book and I reckon that particular letter would be perfect for their readership. (This would be GQ in the UK only, I think.)
Thanks! Hope you're well.
Shaun

Shaun,
They say Jerry Lewis is big in France and David Hasselhoff owns Germany. I guess I can settle for the United Kingdom... Let the onslaught of interview and letter signing requests begin.
Jerry

Now the voices in my head suggest you may be thinking, "C'mon Jerry! Check yourself, don't wreck yourself! Drop your egocentric, self-centered and conceited attitude. Steve Martin wrote the letter, NOT YOU! It just arrived in your mailbox. Big whoop!"

I'll give you a "big whoop". Take that! (part of my left ear is now removed. Hey, I'm not the first artistic genius in human history exhibiting mild quirkiness).

Consider this. Jonas Salk cured polio, not the first recipient of his vaccine. However, what if there existed a catalyst that inspired the eventual global eradication of this once deadly virus? Shouldn't THEY AT LEAST be given a wiki mention? What if the vaccine's first recipient was actually responsible for giving the good Dr. Salk the medicine's recipe?

And with that, dear friends, I offer as 'exhibit A' the following fan letter I wrote and sent to Steve Martin (and hundreds of my favorite movie stars, musicians, atheletes and cartoon characters in the 1970s and 80s). As you can see, I wanted it to be all-encompassing and time-saving (hey, my newspapers weren't going to deliver themselves).

Will THIS letter from "a teenage boy named Jerry" unseat my Personal Letter From Steve Martin as "the most entertaining, inspiring and unusual letter" anyone has ever written in the course of human history BECAUSE it inspired the next best letter? Chicken or the egg, my friends. Chicken or the egg. At the very least, this never before now published correspondance may act as a time capsule by shining the light on how this teenage boy named Jerry from Flint misspent his youth. 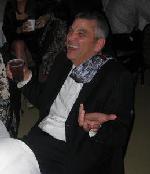 Jerry can be reached via email at dablade at snappers golf league dot com if you would like an electronic correspondence from the author of the self-proclaimed world's most entertaining, inspiring and unusual blog (and assuming you can decipher my actual email from the complicated algorithm encoded here).
Posted by DaBlade at 8:45 PM 4 comments: 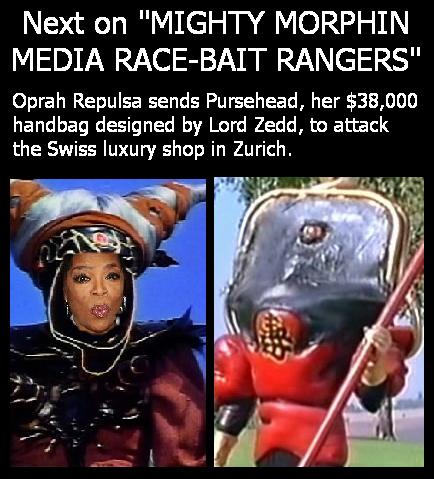 Next on "MIGHTY MORPHIN MEDIA RACE-BAIT RANGERS"
Oprah Repulsa sends Pursehead, her new $38,000 handbag designed by Lord Zedd, to attack the Swiss luxury shop in Zurich for doubting her ability to afford it.

The side benefit of being a dad with 3 boys during the 1990's was television programming I would have otherwise avoided (to my own detriment). Namely, The Teenage Mutant Ninja Turtles and the Mighty Morphin Power Rangers.

There's only one Motor City Madman

"This ain't just another gig, boys! We're back in Michigan!" - Ted Nugent (with expletives deleted) 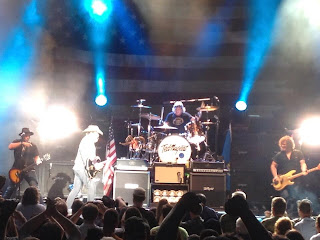 Ted Nugent, with special guest Tesla, ROCKED DTE Energy Music Theatre (Pine Knob baby!) last night, and my ears are still ringing the next morning. What a show! As I told my wife and two boys as we exited the theatre, "I came here to see a rock legend and would have been satisfied no matter what, but I didn't expect him to still sound so good!" It didn't hurt that Derek St. Holmes was there and belting out vocals on the 70s classics Stormtrooping, Stranglehold, Hey Baby, Just What the Doctor Ordered... They even did Queen of the Forest! Also, another one of my favs - "Live it up".


My very first concert (almost 35 years ago) was to see Ted Nugent at the old IMA Auditorium in Flint. I've seen him a few times in between, but last night was the first time I took the family to a show ('most' of them. missed ya B!).  It was my youngest boy's first Rock Concert, so there was a little synchronicity in the connected shared experience that spanned over 3 decades. 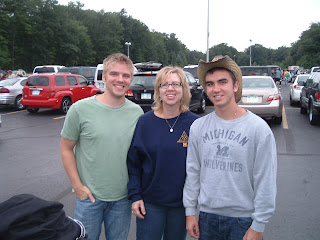 Did I mention that Tesla freakin' rocked? As they took the stage, frontman Jeff Keith told the crowd that "Everything is cool, bitchin' and out of sight in Detroit rock city tonight!" They left me wanting more, but with so many hits in their pocket it is impossible to get them all in.

I loved Tesla's Love Song, but needless to say, it offered a stark comparison to Ted's version of a love song ("Wang Dang")


"Thank you for kickin' our asses tonight Detroit!," said Keith, as he danced his way off stage.

No, no no! THANK YOU for blowing my mind with your high voltage rock and melting faces. I raise my goblet of rock (a $42 dollar 16-ounce Budweiser) and salute you sir!

As we waited for Uncle Tedly to take the stage, I made a wager with my youngster. I proposed he pay me $1 dollar every time Ted said the phrase, "NO SHIT!" (a phrase I knew from experience he was very fond of). In turn, I offered to pay him $1 dollar every time the Motor City Madman said, "Obama." "Deal," he told me.

While The Nooog never used 'his' name, he did make a political reference or two regarding He who shall not be named. You Know who. The following Nugent quotes were pulled from Eric Lacy's Twitter feed. Eric is the Detroit entertainment reporter for Mlive Media Group.