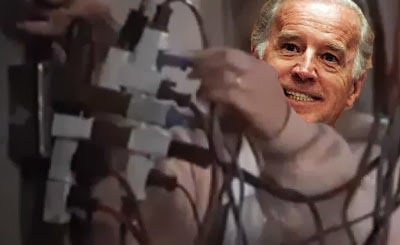 Will Joe "Plugs" Biden sabotage the wiring at the National Electrical Contractors Association Convention?
Posted by DaBlade at 7:21 AM