Tyson on a plane

Here's what we know so far. 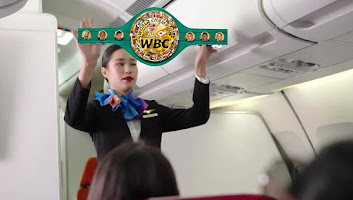 Former heavyweight boxing champion Mike Tyson mercilessly pummeled a man on a plane. Video evidence taken from a cell phone taken from across the aisle from this altercation revealed that the man on the receiving end of Tyson's rage was sitting behind Tyson. This fact alone removes Tyson's automatic and universally acceptable excuse for mercilessly pummeling a person on a plane. Namely, if that person was sitting directly in front of you and lowered their seat back chair. Anyone callous enough to lower their chair in wanton and reckless disregard for the passenger's knees behind them deserves such violence. However, as already established, Tyson was sitting in front of this man.

Prior to Tyson turning around and delivering punches, the man is witnessed standing, pointing and seemingly taunting a seated Tyson. Why? We can only speculate. The numerous times I have stood and taunted fellow passengers is when they had a wailing infant. OK, not really, but it's the only time I thought of standing and hurling insults at people on a plane.

Reports from amused passengers suggests that at some point this man threw a water bottle at Tyson. This makes me ask the obvious question, and I'm sure you are way ahead of me here. Namely, how did this man get past the TSA gestapo with a water bottle? The attendants give you a cup of water and not the bottle, correct? More riddles, wrapped in a mysteries, inside an enigma.

I guess we'll just have to wait for these questions to be answered, and rest assured I will be scouring the news feeds for any news crumbs of this top story.

In any case, one can only imagine the conversation that the lispy Tyson may have had with yesterday's blog star, SCOT, 7-foot tall gender-fluid, non-binary kiosk airport robot. 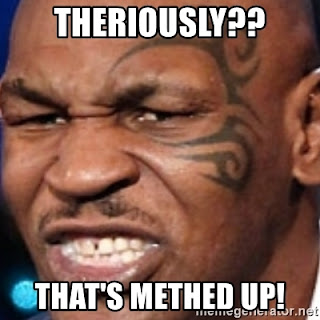 But we'll have to leave it there.  Refresh this page repeatedly for breaking news.