In the latest Chattering Teeth Tracking Poll - Who would you prefer to occupy the Oval Office in 2012?

When given the choice between an Obama second term or the rubber severed head molded in the likeness of George W. Bush (used in HBOs hit series 'Game of Thrones')...

Twenty-five percent (25%) still blame the actual George W. Bush (head and all) presidency for today's woes. Of course, these same people have the intellectual capacity of Sarah Jessica Parker.

Thirteen percent (13%) would still rather see A cardboard cutout of Barack Obama as opposed to it's flesh and blood counterpart. 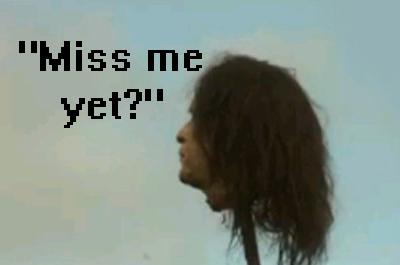