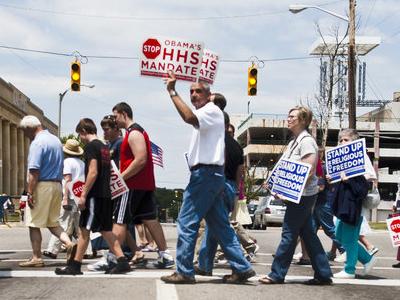 PICTURED: A civilian spy drone camouflaged as a dragonfly captures the rare image of wanted and reclusive Conservative blogger known only as "DaBlade" from Chattering Teeth. The tall and handsome DaBlade is pictured here centered between the traffic lights holding a subversive sign uncomplimentary to President Obama, peace be unto him. When the traffic light changed from yellow to red, and DaBlade was still several feet from the sidewalk, agents quickly moved in and subsequently roughed him and cuffed him and arrested him for jaywalking.

OK, not really. That is me, but I wasn't arrested... and if Janet Napolitano questions me later, I will swear I made it to the curb before the light changed.

I celebrated Mass at St. Matt's yesterday morning with my lovely bride and several hundred of my brothers and sisters in Christ, then rallied for Religious Freedom and the protest for the defeat of Obama's unjust and unconstitutional HHS mandate. The crowd at the Flint rally was estimated to be over 400, joining the tens of thousands rallying across the country. 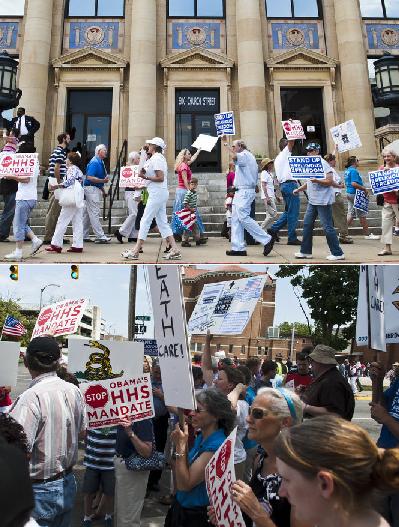