A veritable mishmash, hodgepodge, pungent potpourri and flowery bouquet of blog words arranged in an odd, yet compelling pattern

This may be the most life-altering blog post you read today.

You may say, "DaBlade. How can reading this blog post alter my life?" Will you finally share your secrets for suaveness?"

But first, let me warn you that I have followed Egyptian President Mohammed Morsi's lead by granting myself extensive and absolute dictatorial powers on this blog. This edict will allow me to neuter any uncomplimentary blog comments and to have all offensive comments "roughed, cuffed, then executed". Hmmm. Maybe this isn't establishing any new ground.

I have also followed Venezuelan President Hugo Chavez' lead and named a Chattering Teeth blog successor. Either the former union activist or the Ikea coat-wearing monkey. 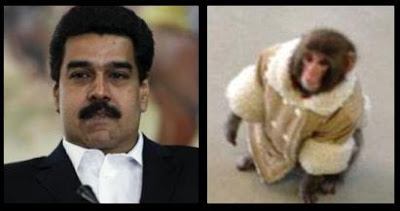 I have pre-written the blogs through 2042, so all they have to do is post them.

Listen, I know what it feels like to have so much invested in a calendar. I mean, when my 1976 Farrah Fawcett and Charlie's Angels calendar ended mysteriously on the 31st of December of that year, I thought the world had ended! But the sun rose on January 1st, 1977, and here we are.

By the way, Amazon has a 16-month 2013 Farrah Fawcett wall calendar for sale. 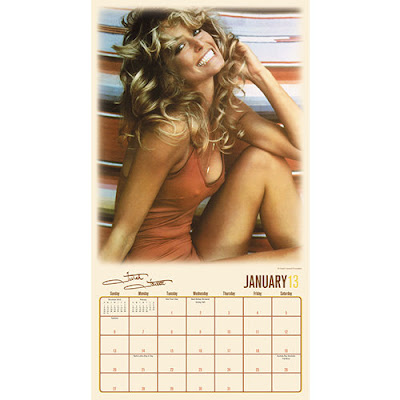 I have no idea what a 16-month calendar is but I find it good news that not only will the world end in 10 days this year, but next year will have 4 extra bonus months! I just hope these bonus months are placed between July and August. 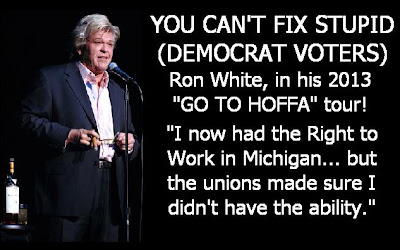 They loved this post in Genesee County Michigan, home of the UAW, and not coincidentally the most violent and impoverished hellhole in the country.
Posted by DaBlade at 8:11 AM