Chattering Teeth News - President Donald Trump invoked the Insurrection Act last night and took back the streets of DC with overwhelming support. "This was not the time for half measures," stated Trump, explaining why he brought in 11-year-old Frank from Virginia. 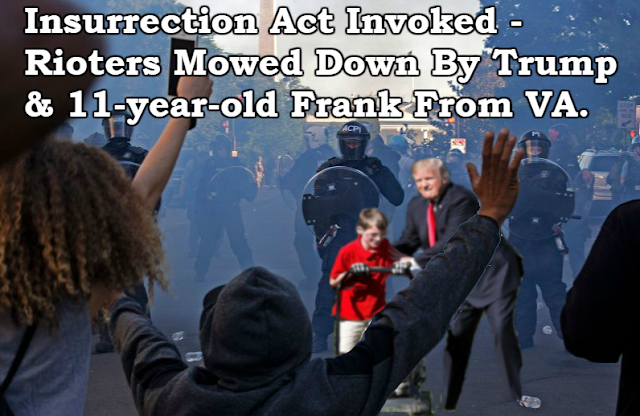 These blue-haired and gender -confused rioters never knew what hit them, as Frank plowed through the masses. What the mower missed, the smoke-emitting carburetor finished, sending these anarchists back to their parent's basements with hurt feelings. 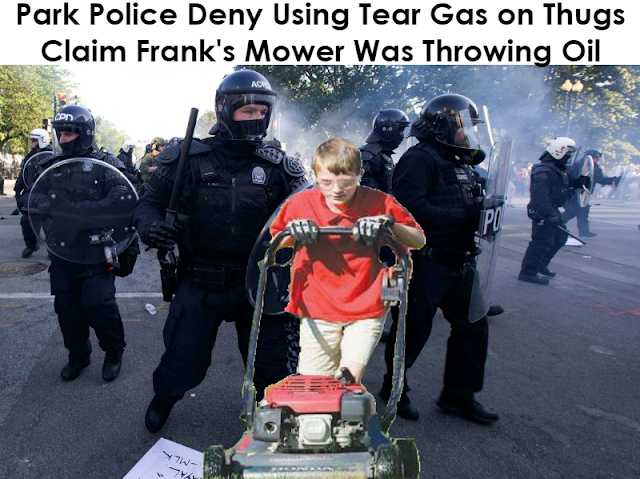 Frankie now promises to fire up his weed wacker and take out the weed wack job Democrats in the House.