"The goats escaped capture, leaving behind only a few pellets of poop."

BILLIE IS STILL AT LARGE! 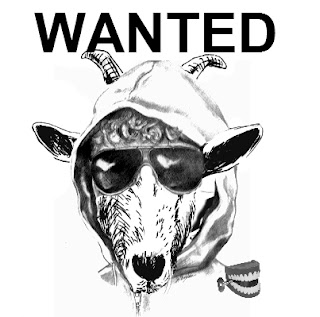 BE ON THE LOOKOUT for a gang of roving goat vandals (a/k/a democrats and RINOs). If you see an animal banging its head against a glass wall for more than an hour - you are probably one of only 3 known conservatives in Washington, D.C.

Meanwhile, informants in Colorado have been singing to the coppers