Fans at Miller Park in Milwaukee last night were treated to a celestial event called the Christie Creme Eclipse. 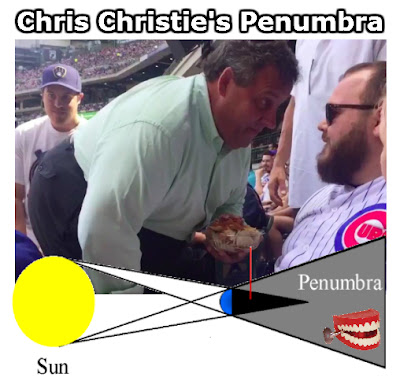 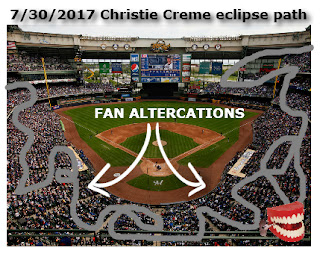 Did you see it?

HOW TO VIEW A CHRISTIE CREME ECLIPSE

1) Wear special glasses like the fan pictured above. This will protect your eyes from flying spittle and projectiles of nachos, donuts, coney dogs, or whatever Christie happens to be consuming.

2) When he walks past, yell his name and tell him he sucks.

3) Sit tight. He will be in your face for about 30 seconds before his penumbra moves on to darken other lucky eclipse viewers. 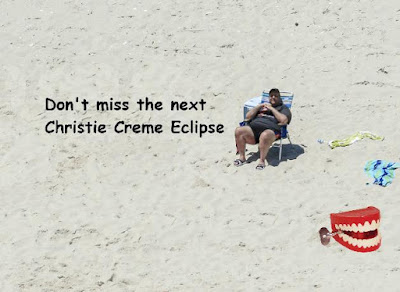