It seems that at least one police drone has survived this 2014 culling and has managed full immersion and is currently embedded and accepted into a violent Los Angeles gang as one of their own. 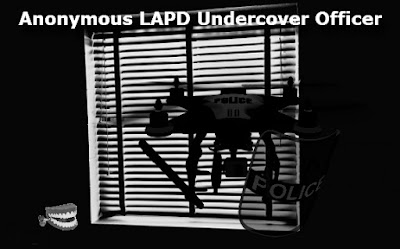 PICTURED: LAPD undercover officer, code name "Zumbido". He appears here in silhouette to keep his identity a secret from the various LA gangs like the Crips, the bloods, the Mexican Mafia and the Triads - just to name a few. He Works undercover, wearing street clothes and disguises to blend in with the locals.

The buzz on the street.
Posted by DaBlade at 8:01 AM