Chattering Teeth News - A Michigan family is happy now that their 6-foot-tall emu has been found playing in another resident's sprinkler about a mile from home one day after escaping. [yes, that is a real story]

However, now they fear the repercussions to their beloved pet for it's refusal to continue to shelter-in-place at this Oakland County farm less than an hour's drive from DaBlade's Blog Bunker.

It seems that Gov. Gretchen Whitmer learned of this 25-lb bird's selfish neighborhood jaunt and break for freedom, and she wants to set an example for all of the other bird brains in this state who might get a similar idea.

Whitmer has brought in Dallas State District Judge Eric Moyé to preside over the trial against the Emu. Judge Moyé is in the news for jailing the Texas salon owner for a week for defying virus shutdown order in order for her to selfishly feed her family.

Whitmer loved this raw bit of absolute fascism and overreach by the judge that she knew he was the one she needed to get this bird the justice he deserves, never mind the legal minutiae on how she can use a Texas judge for a Michigan trial. 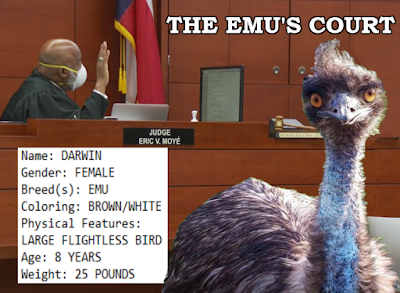 What you are about to witness is real. The participants are not actors. They are the actual people  (and fowl... you decide which is which) who have already either filed suit or been served a summons to appear in a Michigan Whitmer Kangaroo court. Both parties in the suit have agreed to dismiss their court cases and have their disputes settled here, in our forum: The Emu's Court.

DESPITE NOT BEING A FLIGHT RISK, the judge sentenced Darwin the Emu to having her wings clipped and her legs removed, smoked over night and slathered in Texas-style Barbecue. 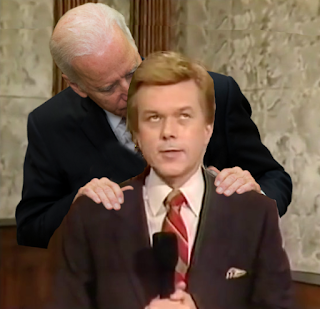 Doug Llewelyn: According to Darwin, she just wanted to stretch her legs and maybe get her hair did. Quarantining in the pen can take a toll on the emu doo, after all. She was playing in the neighbor's sprinkler to get a good washing prior to getting the style. Taking the law into her own useless feather hands was a good choice in this case, as she looks stunning! 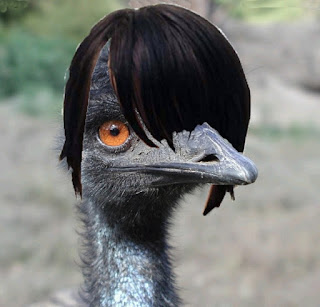 viewer email: “I find it outrageous and out of touch that during this national pandemic, a judge, in a county that actually released hardened criminals for fear of contracting COVID-19, would smoke an emu for going to her hair salon."