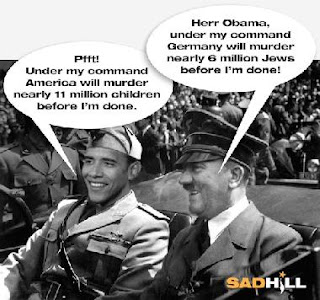 Planned Fatherland issued this statement:
This verdict will ensure that no Jew is victimized in plain sight by Kermit Gosnell ever again. We must have and enforce laws that protect access to safe and legal torture and purging from society of the racially undesirable elements.

"ProgreSSives" are the same in any universe, and by any other name would be as morally corrupt.
Posted by DaBlade at 6:40 AM