Is Trump a clown to you?

The Left wing hacks that make up the mainstream media have been trying very hard to paint Donald Trump as a "clown" with story after story using that term (and worse) since his announcement to run for president. 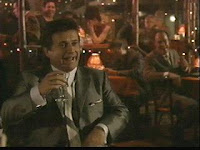 Libtards will always tell you who they fear by who they attack, and it is clear to anyone paying attention that a  "President Trump" scares the hell out of them. After all, Trump is the only reason anyone is talking about actually building the wall to stop the flood of illegals, and that is why he is resonating.

This is not surprising, because The Jebster is nothing more than a GOP establishment tool. He is just the next in line as the establishment's selection of a moderate, elitist appeaser that offers no real difference between the horror show that is the democrat party.

Tea Party conservatives are not buying what the GOP establishment is selling anymore. After handing the Republicans the House and Senate in landslide elections in 2012 and the midterms in 2014 after their tough talk and campaign promises to repeal the abortion that is Obamacare, the Republicans instead offered no resistance to Obama's lawlessness. (Hell, they FUNDED it!).

And so I say this to "the establishment". I have had enough of your Romneys. Your Doles and McCains. Most assuredly, I have had enough of the Bushs. I, for one, will not vote this cycle for the first time in my adult life (my first election at the age of 19 in 1980 was the great Ronaldus Maximus) if the Republicans nominate Bush, or Graham, or Christie, or Kasich, or... well, you get the drift. While I am not endorsing Trump, I can promise you I would enthusiastically vote for the man.

As for being a clown? I guess I'm OK with that, based on who he has been hugging. We have had enough of the long line of GOP "Chuckles the ass-clowns". Time for a Pennywise, if you ask me. 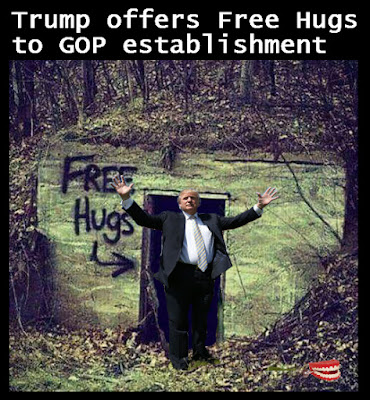 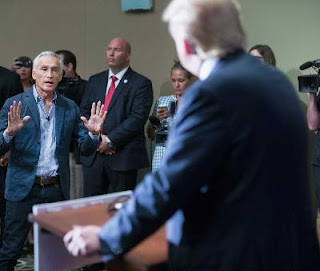 WhoreHay jumps the line (what a surprise there) and instead of asking a question, he attempts to push his America-destroying agenda with a filibuster whiny diatribe. This strategy normally works with a GOP milquetoast candidate.  Instead, Trump has him booted.