The Giants beat the Patriots 17-14? How could this happen? New England was heavily favored and they had a date with destiny. They were unbeaten and the assumptive victor. Weren't most of the pre-game polls weighted towards Tom Brady and company? You mean to tell me that the "experts" were wrong?

From The New York Times:
Democrats Flood States With Ads as Tuesday Nears

Senators Barack Obama and Hillary Rodham Clinton have unleashed advertisements in nearly all the 22 states that have Democratic presidential nominating contests on Tuesday, a combined $19 million expenditure that is the most ambitious and geographically expansive television effort in a presidential primary... 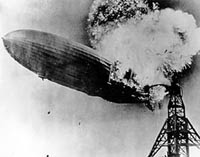 Most of Mrs. Clinton’s advertisements are keyed to economic anxiety, a subject she has increasingly addressed. Voters across the country are seeing what has become her signature advertisement on the economy: a man dropped from a plane and hurtling toward the ground — an image intended to capture an economy in free fall — until his parachute engages, presumably suggesting what a second Clinton presidency might do for the economy.

THIS from the smartest woman in the world? Hillary and a parachute? Not the best marketing imagery if you ask me. Google "Hillary" and "parachute" and see what you come up with. Nevermind. I'll show you. It will be versions of this joke (edited for brevity, yada yada):

A grandfather and his grandson go up in a plane with Hillary Clinton, Bill Gates, and George W. Bush. The grandfather is the pilot. They are going to crash and there are only 4 parachutes not 5. Bill Gates steps up and says “I’m the richest man in the world, so I need a parachute.” Everyone agrees (yada yada) President Bush gets a parachute (yada yada) Hillary Clinton comes up and says, “I’m the smartest woman in the whole world. I need a parachute!”, and before the grandson can object, she jumps of the plane with a parachute. There is only one parachute left. The pilot tells his grandson to go since he’s young and hasn’t lived his life. (yada yada) The grandson replies, “You know the smartest woman in the world? She took my backpack.”