I believe I know what this is all about and I am ouraged!

Arizona lawmakers on Tuesday passed one of the toughest pieces of immigration-enforcement legislation in the country, which would make it a violation of state law to be in the U.S. without proper documentation.

It would also grant police the power to stop and verify the immigration status of anyone they suspect of being illegal.

We are supposed to believe that the timing of this legislation, on the eve of the first round of the Stanley Cup Playoffs between the Detroit Red Wings and the Phoenix Coyotes, is purely coincidental, right? Well I'm not buying this mister!

The overwhelming majority of the Wings are foreign born, hailing from Canada, Sweden, Russia and Finland. Of course, that holds true for Phoenix, as well as every other NHL team. The fact that all of the Wing's papers are in order does not preclude Phoenix authorities from rounding them up for an immigration check, say a half hour before game time tonight. REAL CLASSY ARIZONA!

Well I say, bring it on. The Wings will still be left with two forwards, two defensemen, and their starting goalie. They'll play short-handed for the entire game one and STILL beat the Coyotes.

Rest up boys! I believe you'll be getting all the ice time you want. CAGE THOSE MANGY COYOTES! 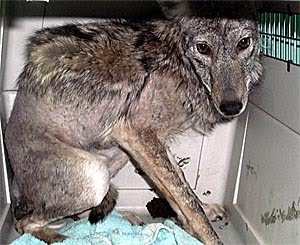