Charles Manson Caught With Cell Phone in Prison
The murderous cult leader was caught with an LG flip phone under his mattress, and it was determined that he had made numerous calls and sent text messages to people in California, New Jersey, Florida and British Columbia.

We all have our own unique talents and natural gifts. Some folks express themselves through their art, music, words, etc. Manson's talent is an uncanny ability to persuade folks to kill for him. The story doesn't state the purpose for Charlie's calls - but if I had to guess - Charlie's got a Smart Phone and now Janie's got a gun.

Maybe Manson's purpose was purely innocuous. It could be that he got caught up in the latest FaceBook fad to go viral and he was simply changing his profile picture to his favorite cartoon character per the instructions. 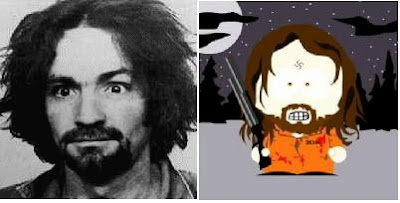 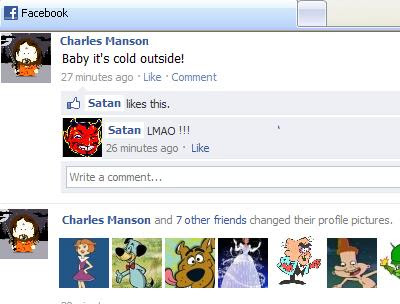 This is not the first time Manson has gotten his hands on a cell phone. Last year, a friend recorded one of Manson’s bizarre calls, and the audio of this catchy tune can be found at this link.

Granted, Manson's gravelly voice belting out "I've seen the world spinning 'round on fire" is not exactly as uplifting as the melodious voice of Johnny Mathis crooning "Chestnuts roasting on an open fire". Nor does "I've danced and sang in the devils choir" paint the same word picture as "Yuletide carols being sung by a choir". I guess we all celebrate the season in our own way.

Just be wary if you get a call from a fella wanting to sell you a used furnace cheap...