Mitt Romney loses fortune in a series of ill-advised $10,000 wagers

ASSOCIATED PRESS - After losing the Republican presidential nomination for the 2012 election, Mitt Romney seemingly fell off the face of the Earth. He wasn't heard from until he was discovered panhandling this week on a back street in Massachusetts holding a cardboard sign with a hand-written advertisement that read:

"I HAVE A GOD GIVEN GIFT OF JOB CREATION IN THE PRIVATE SECTOR BUT HAVE FALLEN ON HARD TIMES. $10,000 WOULD BE APPRECIATED. GOD BLESS!!" 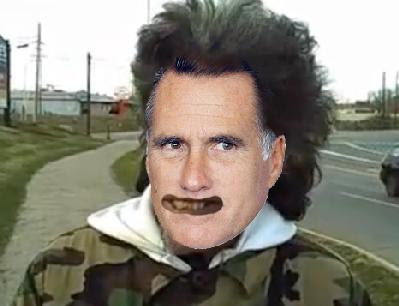 Romney, currently homeless, was reportedly worth about $200 million up until losing the 2012 nomination. He says he made 20,000 bad wagers in a row but felt his luck was changing.