This is not what I mean by "radioactive metal"... 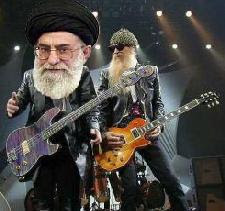 I read a lot of fiction and have an overactive imagination, so when I read a news blurb about Russian customs agents at Moscow's main airport seizing an Iranian attempting to smuggle radioactive material disguised as pencils onto a flight to Tehran, my "Uh-oh geiger counter" starts to spin.

Highlight quotes from the article:

* It was not immediately clear if the substance could be any use to Iran's controversial nuclear program.

* The pieces contained Sodium-22, she said, a radioactive isotope of sodium that could be produced in a particle accelerator.

* Kelly Classic, a health physicist at the United States' renowned Mayo Clinic, said: "You can't make a nuclear bomb or dirty bomb with it."

* Another expert, Michael Unterweger, group leader for the radioactivity group at the U.S. National Institute of Standards and Technology, said it can be used as a calibration source for radiation instrumentation.

Unterweger said "it's really strange" that so much Sodium 22 was in the luggage, but if he were the Russian authorities "I wouldn't worry about it."

An Iranian caught trying to smuggle a suitcase full of radioactive materials DISGUISED as pencils into Tehran, and we should assume it's purpose is innocuous and not worry about it? I believe Mr. Unterweger will immediately draw Obama's interest for the newly created position of Iranian Apologist Czar. What a doofus!

Listen, I'm sure it comes as no surprise that I have no idea what Sodium-22 is, or what the Iranians were intending to use this for, but I will most certainly worry about it. I will, however, go out on an olive branch limb and assume this material is not bound for a really busy Iranian dentist in need of a warehouse full of calibration equipment. Give me a break!

Using my imagination and wild speculation, could this sodium-22 stuff be used for the purpose of throwing off nuclear forensics AFTER an explosion??

Nuclear forensics, the analysis of nuclear materials recovered from either the capture of unused materials, or from the radioactive debris following a nuclear explosion, can contribute significantly to the identification of the sources of the materials and the industrial processes
used to obtain them. In the case of an explosion, nuclear forensics can also reconstruct key features of the nuclear device.

In other words, instead of launching a nuclear weapon at Israel from their homeland and guaranteeing a devastating response, could Iran smuggle a nuclear truck bomb into Tel Aviv and somehow cover their "footprints" by using this Sodium stuff and maybe frame Russia as the plutonium source?

Instead of hand-wringing apologists assuming the best intentions of the terrorist Iranian regime and president Mockmood Ahkmadeenadude, we need to face the hard reality that they are building nuclear weapons and will use them on Israel AND US just as soon as they are ready. He has stated as much.
Posted by DaBlade at 8:21 AM