Have you ever sworn off a business or a product in the past because of a bad experience or poor customer service? Did you keep your promise?

I don't mean a vow involving a product like New Coke, Braunschweiger or any kind of Miller beer. I mean for something (or somewhere) that you really enjoyed in the past, and leaving them would be a personal sacrifice of some magnitude.

The good folks in the office where I work like to order lunch from different area restaurants, then send one person to do the pickup. "Do you want something from (fill in the blank)?," they'll ask, as lunch time looms near. I never eat takeout at lunch (and rarely ever), and just snack on whatever the wife packed for for me at my desk.

That doesn't stop them from politely asking, so a few months back I was asked, "Do you want something from Red Lobster?"

Maybe I was a little too spirited in my response, which is typically, "no, thank you," but this time was something like, "F&*% NO! I WON'T EVER GO TO THAT PIECE OF S#$% ^&*&ing GARBAGE RESTAURANT EVER AGAIN!" 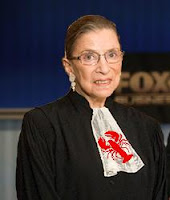 I then had to explain my outburst and that I had sworn off of The Red Lobster about 30-some years ago (no shit) because of verrrry poor customer service two trips in a row. I had no illusions that my self-imposed boycott would in any way negatively affect The Red Lobster's business, I just knew that I wouldn't personally reward them with my business and that was good enough for me.

So I ask again -
Have you ever sworn off a business or a product in the past because of a bad experience or poor customer service?

I tend to keep my promises on such matters. Also on my short Black List is the so-called Farmer's Market in downtown Flint, but I've already told that story.

In fact, I have only been to downtown Flint twice (unavoidable) since early 2010 when I was terminated from that failed ^&*&ing GARBAGE newspaper.

One exception might be my backing off from a promise to stop going to Target after that whole bathroom confusion thing. However, it's just too convenient from my place of work when I need a can of mixed nuts (no pun intended - this is really why I go there). 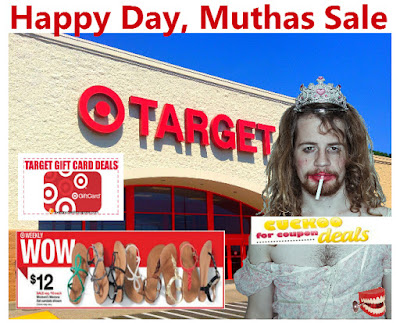 Which brings us to the so-called actor Johnny Depp and his recent threat against President Trump.

"When was the last time an actor assassinated a president? I want to clarify: I'm not an actor. I lie for a living, however, it's been a while. Maybe it's about time."

Mr. Depp, I agree. You are no actor, and therefore you have made my list. Although, I must say - this isn't a huge sacrifice as you are closer to "New Coke". As I scan you body of work on IMBD, I am hard pressed to find more than a couple of movies any good. So, no big loss.

Hey, 'Blade, you are such a hypocrite! The majority of Hollywood and the music industry are libs and you still watch their movies and listen to their music!

Yes, but its MY list, and I can put any 'thing' or any 'body' on it I want. Besides, Depp distinguished himself much like that red-haired biotch Kathy Griffin. They have crossed the line for those of us desiring to live in a civil society.

In all honesty, I did like that first Pirates movie, but could never watch any of the others in their muddled and confused entiriety. Also, his portrayal of Jack Sparrow as a gay pirate wore thin quickly with me. Seriously, the effeminate bandana and black eyeliner, braided wispy goatee and dreadlocks riddled with wooden pandora beads...

Pirate?  That's no pirate. More like 'Pyrite,' or fool's gold. More like a pitch man for Target. 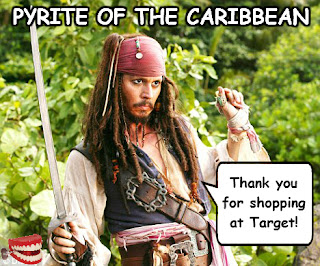