Democrats and their Terrible, Horrible, No Good, Very Bad Candidates

I'm writing a children's book. It is completely original, so any similarities to any other famous children's book is not a thinly-veiled ripoff and Biden-like plagiarism of other's scholarly work, rather is simply coincidental. Enjoy!

The Democrat presidential candidates could tell it was going to be a terrible, horrible, no good, very bad debate day. 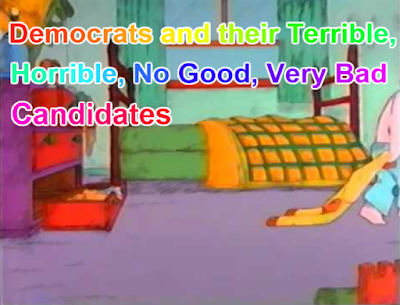 Creepy Sleepy Joe Biden went to sleep the night before with gum in his mouth and woke up with his dentures staring back at him from the top of his chest and having started the stump speech without him. When Sleepy Joe showed up to the Las Vegas debate venue after hitting the slots and putting his plastic cup full of quarters on the podium - he could tell it was going to be a terrible, horrible, no good, very bad debate day.

Crazy Commie Bernie Sanders jumped out of bed, combed his hair with a helium balloon and had 3 heart attacks before finishing his bowl of fruity pebbles. But he didn't get the Hammer and Sickle toy inside that he was promised on the back of his cereal box! Crazy Bernie knew he was an awful, abhorrent, ghastly, nasty, and very bad candidate. 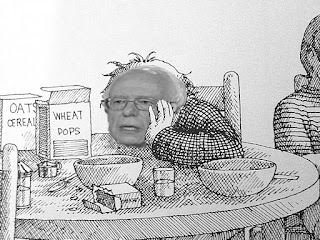 When Mayor Pete BootyGiz woke, he couldn't even get out of bed because his husband had fallen asleep on top of the li'l fella and snored, drooled and farted in his face all night. Once the husband rolled over, Mayor Pete tripped over his skateboard and by mistake dropped his feety pajamas in the sink while the water was running. He had to admit he was an ungodly, repulsive, appalling, abominable, disgusting, dreadful, very bad candidate.

Amy K, the Minnesotan Snow woman was there in her blue polyester snow suit, and when she started to speak.. she droned on and on (and on and on) putting many words together in a monotone and irritating manner and making those nearby wishing they suffered from a severe tinnitus condition. Nobody knows (or remembers) what she was saying, and all now agree she was a heinous, detestable, obnoxious, lousy very bad candidate.

Liz 'Pocahontas' Warren and her quivering, condescending whispers, immediately came out on the war path and putting many arrows from her quiver into Mini Mike. Then she passed out leftovers of her famous Pow Wow Chow in Tupperware containers to the other candidates. "I'ma get me a beer," she then stated. She might be only 1/1,024 Native American, but her odds of being elected president rose to a solid 1/1,023! In other words, she is a frightful, horrid, beastly, revolting, very bad candidate.

Mini Mike Bloomberg did not help himself or his chances when before the debate even started, he threw debate moderator Lester Holt up against his podium for a "stop and frisk". He then proceeded to insult farmers, electricians, plumbers, truck drivers, general contractors and laborers of every stripe. For while they built America into the greatest country that ever existed in the history of man, they didn't have his gray matter. He then winked and gave a female moderator a billion dollars and she consented to sign a nondisclosure agreement.

It was a terrible, horrible, no good, very bad debate day for the democrats. Nothing at all was right. Everything went wrong, right down to lima beans for supper.

What do you do if you're a democrat on a day like that? Well, you may think about going to Australia. 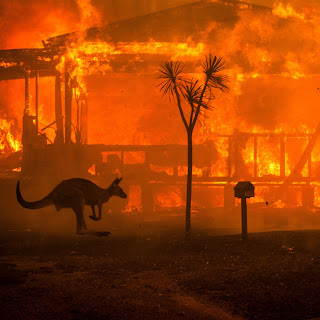 For me, I'm glad I'm on the Trump Train with the destination - the BEST is yet to come!
Posted by DaBlade at 7:51 AM