PICTURED: "Two-up" coney island hotdogs side by side. The Detroit-style coney, with it's runny chili sauce on the left, and the more beautiful and delicious Flint-style coney, with the normal drier (diced beef heart) sauce topping a Koegel's Vienna. What kind of sick maniac would prefer a runny coney that requires a fork!? C'mon, man! 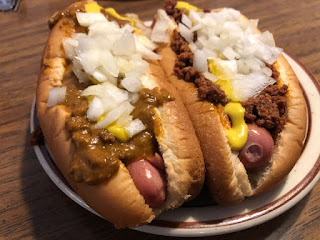 *Where does ACB stand on the controversial topic of Flint-style coney islands versus Detroit-style coneys?

*Should there be a litmus test between the two to determine her fitness for office? (Yes. I will be performing numerous tests later today)

*If Amy Coney Barrett selected a Detroit-style coney, would she have to wear a barrett to keep her hair out of the coney sauce?

*If Amy Coney Barrett wore a barrett to eat a coney, would the barrett be a coney barrett? 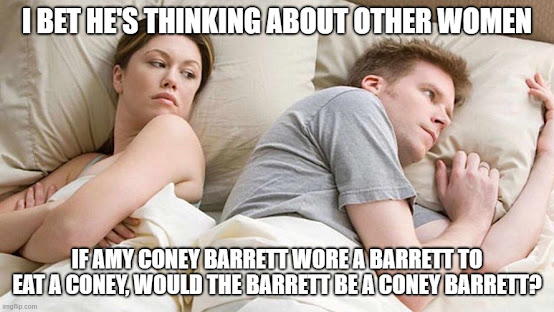 These are the things that I think about and that keep me up at night...

Speaking for myself, I am a one-issue voter and cannot ever imagine voting for someone who prefers a Detroit-style coney island over my beloved Flint-style in a head-to-head litmus test.

If you're not from Michigan, you may be woefully ignorant on this hot topic so let me get you up to speed.

For many people, the City of Flint is synonymous with General Motors (as well as for more than a few homicides). However, well before cars started coming off the assembly line here, folks were consuming coney dogs at a voracious clip. We have Greek immigrants to thank for coming here and opening their weiner stands in the early 1900s. We also have the Greeks to thank for the invention of the f*&%ing alarm clock in the 3rd century BC, but bringing coneys here makes up for that fiasco. In fact, these red hot beauties are probably the reason GM located here in the first place, and the "Flint-style coney islands versus Detroit-style coneys" debate is also probably the cause of so many shootings here. 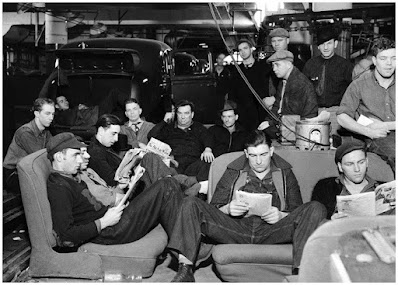 ...and was only resolved with the arrival of Flint-style coney vendors 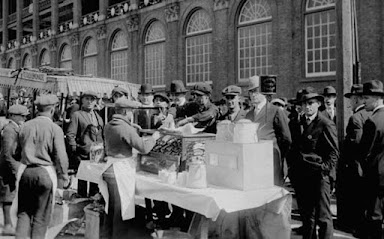 So there you have it. If Trump nominates someone other than Amy Coney Barrett for the Supreme Court later today, we may safely assume she did not pass the coney litmus test, and you should not read this post.

But if you check on Etsy, you may still be able to score an Amy Coney Barrett (below)! 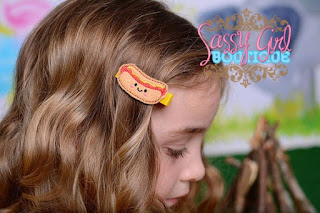