What? No BIDEN BOUNCE? The first poll taken after The Barack chose Joe "The clean and articulate" Biden as his VP, and we are all tied up!

“This looks like a step backward for Obama, who had a 51 to 44 percent advantage last month,” says CNN Polling Director Keating Holland, as his bottom lip quivered and with tears visibly streaming down his cheeks.

ACTUAL DUMB OBAMA QUOTE OF THE DAY:
Regarding the long drawn-out presidential campaign - "There are babies who've been born and are now walking and talking since we started this campaign," Obama laments nearly each day.
That's what The Obamabortionist calls "reaching out" to the pro-lifers. He is reminding us here that Roe V. Wade and his party have not managed to kill them all. Really. Some babies have been born. The messiah has let them live!

ACTUAL INSANE PELOSI QUOTE OF THE DAY: via Ed Morrissey at Hot Air: Pelosi lies about Catholicism and abortion -
"I would say that as an ardent, practicing Catholic..."
Shut yer pie hole Pelosi! Nothing irritates me more than this kind of oxy-MORON. You can not be an "ardent, practicing Catholic" while at the same time espouse this kind of anti-Christian, evil, democrat platform, Barack Obama drivel.

Listen to Madame Mengele Pelosi slip up and contradict herself by calling an unwanted tissue mass a "child": [From 1:30 to 1:40 HERE]

Membership in the Catholic Church is voluntary. If people do not want to follow its doctrines, they should find another faith community that reflects their values — and at the least, they should learn what the Church teaches on abortion and life before mischaracterizing it on national television. Pelosi is either a fool or a liar, or perhaps both.

Noonan Nails it!:
As I watched (The saddle sore Whatcha-ma-call-it debate

As to the question when human life begins, the answer to which is above Mr. Obama's pay grade, oh, let's go on a little tear. You know why they call it birth control? Because it's meant to stop a birth from happening nine months later. We know when life begins. Everyone who ever bought a pack of condoms knows when life begins.

To put it another way, with conception something begins. What do you think it is? A car? A 1948 Buick?

Maybe if they thought it was a Prius they would let it be born. 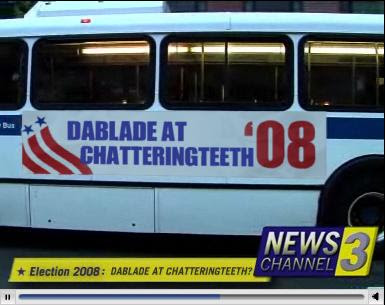