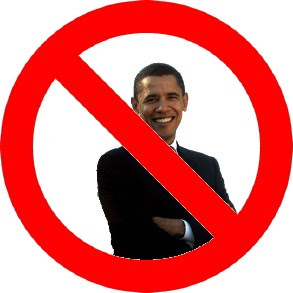 No "Obama bounce" in my household, thank Rushness. As a matter of fact, I was too tired to even watch, being golf night and all. I do wonder if that little brat of his kept interrupting him during this very important speech like she did during one of his video cameos earlier in the week. "Daddy, daddy! Malia is pinching me!"


I have read snippets of his utterances and am happy I missed it. Any Obama bounce around these parts may have involved my T.V. on the sidewalk. I know that Obama has vast experience to lead this country, honing these skills as a "community organizer" and learning thug politics in Chicago. I know that he has the love and support of the MSM and the leftist Hollywood entertainers who think in terms of "Camelot" and movie scripts and "good intentions" over actual results. I know that Oprah was in attendance last night, gushing that team Obama and Biden were 25% African-American. (OK, I don't know that she gushed that because I avoid The Big O like the plague). I read that our friend Algore addressed the raucous audience (is that a mosh pit in front? Sheesh! Bring on the Republican convention for the adults). I'm sorry, but anyone inspired by Algore must be on some kind of chemical induced hallucination.

So now I wait for McCain's announcement of his VP choice to the citizens of the world. Don't be a bonehead sir. This guy Obama is ripe for defeat. For all of the fanfare, a good chunk of these liberals will not actually vote on election day - it's above their pay grade.

Don't p.o. the conservative base.
Posted by DaBlade at 7:31 AM