Confessions of an ex-Tree Killer

I have no regrets 3 weeks after voluntarily leaving a paying job with a regular weekly paycheck in Wisconsin and returning home to my family and friends in Michigan, albeit with no current income. (I do, however, have a plan, but that's for another blog). I did make some good friends in the 3 short months I was there, but without going into any detail for my reasons, let me just say that I quickly realized two things about the newspaper biz:

1) I am a highly skilled and multi-talented Circulation Director/Operations Manager, a tad short on humility notwithstanding.
2) I no longer want anything to do with the newspaper biz.

Any lingering regrets were quickly dispelled during a phone conversation I had with one of my closest friends 3 weeks ago while I was driving a loaded 26-foot UHaul through downtown Chicago traffic on my way home. He was an old colleague of mine many years ago in Flint, who was more recently one of the top three CDs for USA Today in Florida. I say "was" because he had just received word that he was one of 40 CDs across the country who were laid off by Gannett last month. It was, coincidentally, a Gannett propery that I had left behind in Wisconsin. Needless to say, he was devasted and still in shock, wondering how he was now supposed to support his wife and young daughter.

Last week I learned more cuts were made at Booth properties in Michigan. Most of these were from the west side of the state in Grand Rapids, Muskegon and Kalamazoo, but Flint did not go untouched - as three accounting folks (one with 30 years in and a good friend of mine) were laid off. I met with her yesterday to offer my sympathy and hopefully was successful in assuring her that she was too talented for this to be anything more than a temporary inconvenience. 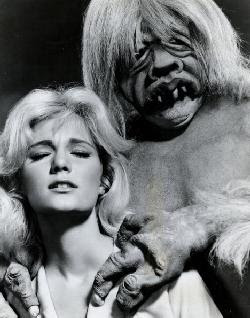 Last night I kept thinking about the science fiction classic, The Time Machine, by H. G. Wells. In this story set into the future, there is a race of light-fearing Morlocks - pale, apelike people who live in darkness underground and hold dominion over a peacefull race of Eloi. Unfortunately for the Eloi, their relationship is not one of lords and servants (read - employer and employees with "job for life" guarantees) but of livestock and ranchers.