Obama to Putin: I meant to say I would never recognize the TEA PARTY vote bro 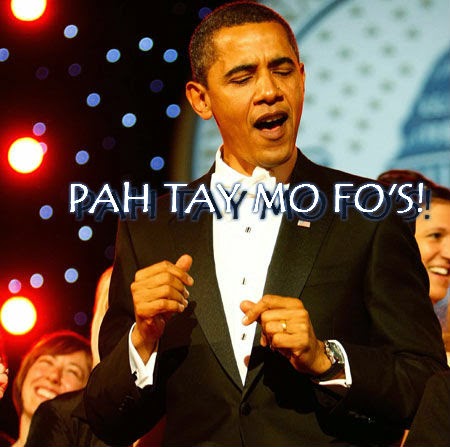 
OBAMA: I appreciate thaaat... Mr. Gibbs is paralyzed with fear aaat the prospect of Democrats losing the Senate. But let me be clear. The United States and its allies will "never" recognize the Tea Party's Senate breakaway vote.

But mister president, wasn't that your strategy with Russia and the whole Crimea thing? Will you recognize the new Soviet Union after it annexes the rest of Ukraine, the Baltics and Poland again sir?

OBAMA: Sorry bro. It's now 3PM but is 5 O'Clock somewhere, know what I'm sayin'?! Democrat Happy Hour begins and its time for my green beer summit. We'll pick this up again at the start of my day tomorrow around 10AM. Now if you'll excuse me, I see Joe Biden started early aaand is already wearing his green cardboard leprechaun hat! PAH TAY!