Defense Secretary James Mattis states that if these tainted dogs get into terrorist's hands, it would be catastrophic. 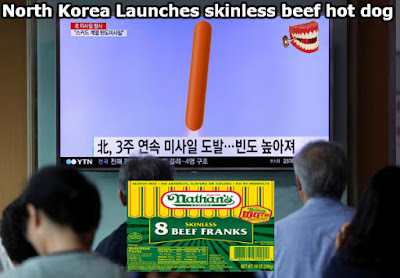 Now a pause to remember those who gave the ultimate sacrifice in defense of this nation.  Friends, relatives, neighbors. Patriots, all.  The Chattering Teeth Bunker is filling later today for a Memorial Day picnic. My dual Weber grills will be fired up for freedom!
Posted by DaBlade at 8:30 AM