Washington crossed the Delaware while Obama crossed his fingers


December 1776 was a desperate time for George Washington and the American Revolution. The ragtag Continental Army was encamped along the Pennsylvania shore of the Delaware River exhausted, demoralized and uncertain of its future. 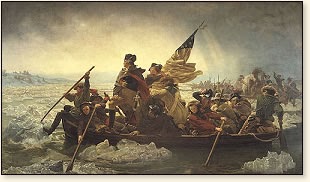 exhausted, demoralized and uncertain of its future

THAT sure sounds familiar. We know how the above story ended (or at least we should).

"The weather was horrendous and the river treacherous. Raging winds combined with snow, sleet and rain to produce almost impossible conditions. To add to the difficulties, a significant number of Washington's force marched through the snow without shoes. "

Against impossible odds and through grit, determination, leadership and a sheer force of will, Washington crossed the Delaware and defeated tyranny.

Meanwhile, March, 2014 was also a desperate time, yet Obama chooses to boogie board in the Florida surf and afterwards get frozen flavored ice chip treats for his vacationing family. Sad how far we've fallen, isn't it? 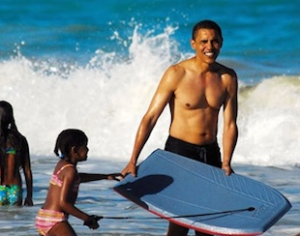