Obama makes surprise trip to Afghanistan to visit his troops and to blow the cover of the top U.S. CIA agent infidel there. 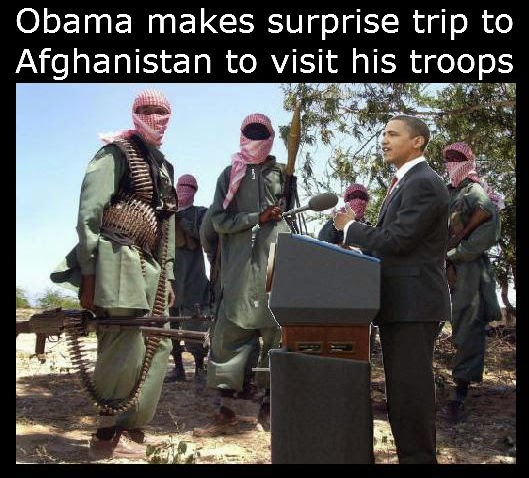 Mission accomplished. Obama would have done LESS damage to the U.S. HAD HE ACTUALLY visited the al Qaeda terrorist traing camp as these 2 minute photoshop images suggest. 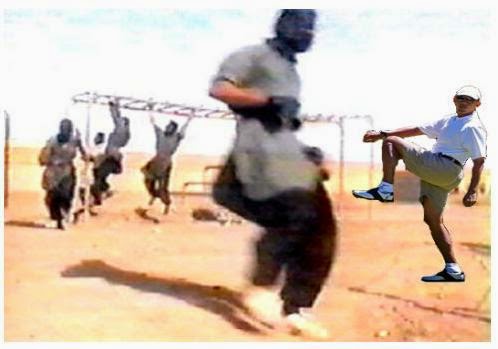 Pictures of the practice grenade toss at the terrorist training camp are not available, as al Qaeda teased Obama incessantly for tossing the grenade from the elbow.

"Hey Obama, did you get it caught in your burka?"

It's nice to know that some things are universal.
Posted by DaBlade at 7:07 AM