I golfed my first 9 holes of the 2014 season last night with my brother Snapper in his Thursday night golf league. I had a great time, but woke up late with a slight headache. I'm sure that has nothing to do with the post-round empty whiskey and diet cups we stacked in our cart cup holders. 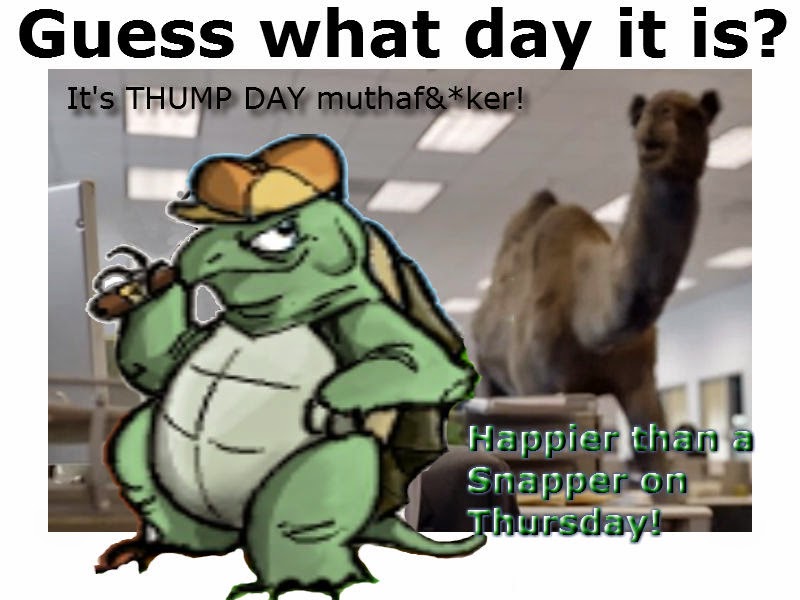 If you click the link to visit that site, you just may recognize my influence as it's webmaster. My brother Snapper started this league in 1988 and I put it online in very basic and crude self-taught HTML form in 2001. I did this because I thought it would be unique to have our men's golf league online, and in the pre-blog days, I guess I just wanted a venue to accept my scribblings. I think I was also hoping that teaching myself web design and trying to wrestle the internet would somehow help in my single-handedly saving the newspaper industry (well, THAT went well :)

Back to the golf league. The league name "Snappers" arose from an encounter my oldest brother Rick had with a huge snapping turtle that was sunning himself on a fairway next to a pond that first year in 1988. Rick apparently told the guys in his group that it was a snapping turtle, when someone asked, "how do you know?" His plan was for the turtle to crunch down on the extended golf tee waving in front of it's prehistoric beak, but Rick's thumb must have looked tastier to the beast. While it did cost him a trip to the Emergency Room for a tetanus and some stitches, his right hand is still opposably-inclined. Rick was the unanimous recipient of the clubhouse "Asshole of the Day" vote. He became known as "Snapper", and as league founder, the league adopted it's moniker.

Nicknames are like that. The good ones are assigned and you can't pick your own. Mine also was born on the golf course many years ago, when friends watched in amazement as I shot a par 4 on a hole at Gaylord's Swampfire by blading every club. This was not a demonstration of purposeful shot trickery, rather an inept display of wild club swinging with uncanny and unexplained results. I even hit my putt a little thin, yet the planets were aligned in my favor that day my friends as it dropped mercifully into the hole. What else could my friends do but exclaim "DaBlade!".

So you see, the Chattering Teeth icon in the skybox at the Snappers Golf site preceded the one you see here at my blog. This biting animated gif is meant to symbolize the Snapping Turtle on the golf site. When I named my blog in 2008, the Chattering Teeth symbolizes my sometimes nonsensical smatterings, interspersed with the occasional insightful deep thought a turtle might have. AYYYYEEEYEE LIVE ACTION! 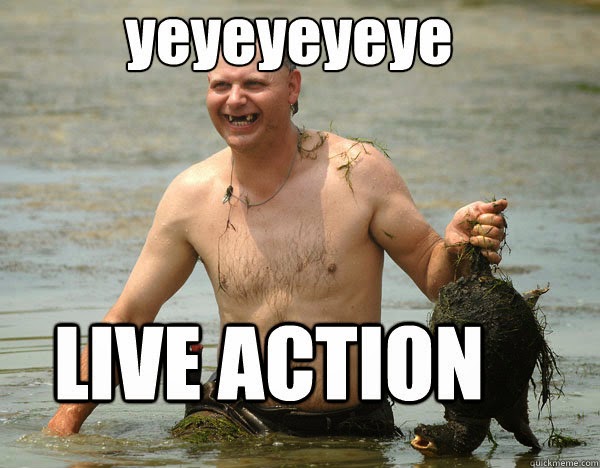 I was a regular league member a few years ago. Someone asked last night why I wasn't a regular anymore, and just the occasional sub. I answered, "I started playing golf around the age of 17, playing in weekly leagues and weekend practice rounds for the next 30 years. And then Obama was elected and that was my last year as a league member in 2008. My theory is that there are only so many cummulative golf rounds that can be played by the entiriety of humanity, and the massive amount of golf rounds played by this president have to come from somewhere."

I actually hit the ball decently last night, had a great time with the fellas, and it got me to thinking that I have to get out there more often. BTW, a Snapping Turtle has not been spotted in the fairway since that first year in 1988, and it had a hand (clawed paddle) in naming this blog. How's THAT for the hand of Providence?
Posted by DaBlade at 7:43 AM