A very large asteroid zoomed passed Earth yesterday named 2004 BL86, coming within only 745,000 miles from our planet. I located this asteroid while drinking beer and playing with the kid's telescope in the backyard.

I spotted a herd of dinosaurs living on this large rock. Not sure why this isn't being covered by the mainstream media, but I really found it strange. 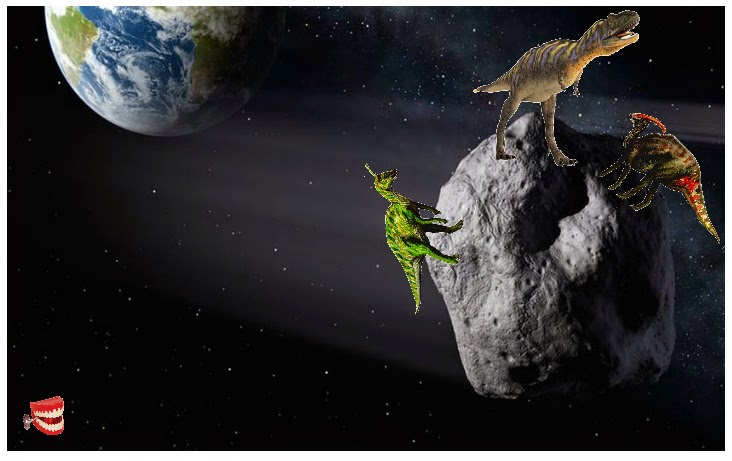 Most scientists agree that a direct hit to Earth would likely have been catastrophic for these dinosaurs.