Compromise reached. Boehner out as Speaker, fake house plant in.

In what most are calling a sideways move, House Republicans have replaced John Boehner with an artificial 8' Fire Retardant Weeping Willow Tree as the new speaker of the House. 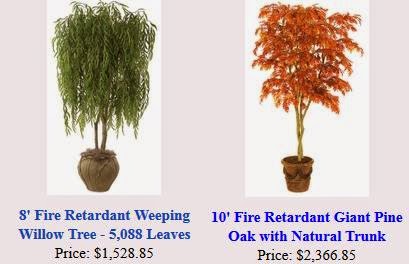 Emboldened by the landslide victories handed to them by the voters in the mid-terms, and the overwhelming rejection of Barack Obama’s extreme radical agenda, the minority conservatives mounted a spirited challenge to the worthless Boehner. "We just didn't have the votes," said a Tea Party conservative wishing to remain anonymous. "The Republican party has become overrun with RINOs."

That's when Boehner shocked everyone by stepping down. The RINOs acted quickly, and the artificial 8' Fire Retardant Weeping Willow Tree was tapped as the new speaker of the House.

"The people have made it clear they want us to get things done," said Boehner. "I'm hopeful this tree can pick up leadership of this party where I left off." 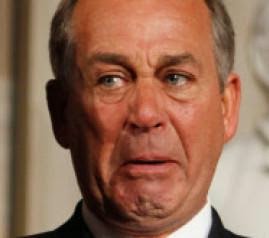 In many ways, the two are very similar. John Boehner has cried so frequently on the job, he is quietly referred to as "The weeper of the House", so the gag nickname nameplates need not be changed. The manufacturer assures that the artificial Weeping Willow Tree can be dipped and made to glow with a deep, orangish hue, just like John, so there is that.

However, unlike the original Boehner, we don't have to worry about this artificial 8' Fire Retardant Weeping Willow Tree spontaneously bursting into flames during its frequent smoke breaks.
Posted by DaBlade at 8:01 AM