Did Alabama Trucker really perform own Root Canal on Route I-20?

This may shock some of my blog readers, but I am aware I have been accused of making stuff up in the past.  The veracity of my content disseminated, questioned and scrutinized.  As if my every utterance is suspect unless independently corroborated by trusted sources... to which I say, "Hey, you married me woman!!"

But you, dear blog readers, know that I am not just "Choppin' Broccoli" here in the spacious Chattering Teeth Studios. You know I take my responsibility of bringing you "the rest of the story" seriously.

Some have questioned my investigative techniques of cruising the seedier parts of Flintown in the middle of the night, but you'd be surprised what people are WILLING TO TELL ME for just a LITTLE INCENTIVE. And by "people" I mean inexpensive hookers, and by "incentive" I mean bottles of cheap cookin wine.

But I don't want to give away ALL of my BLOG SECRETS or you would question your reason for coming here (and if you've gotten this far, it's a question I imagine you have already asked yourself repeatedly by now).

And that's the memo. Now for today's top story.

Crash on interstate caused by trucker pulling his tooth

I may have been born and fallen out the back of a turnip truck at night, but my momma didn't raise no vegetable! 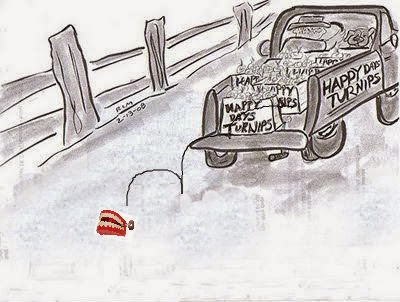 I'm calling "B.S." on this story and suspect the illoominazis are behind this complete fabrication. While I still don't have a clue as to their motivation, tonight's excursion with my finest cooking sherry should produce inroads on that topic for later consumption (if there's any sherry left).

As for now, here are THE FACTS that I believe make this story a "FALSE FLAG":

#1) We have a trucker performing a dental extraction on his own loose tooth and causing an accident, right? In TUSCALOOSA? Really? Tusk-a-loose-a? "TUSK", as in an elongated, continuously growing front tooth that protrudes well beyond the mouth and most commonly found on certain mammals like elephants, walruses and southern hillbilly truckers? Tusk-a-loose-a? Are you illoominazis even trying to scare us anymore?

#2) We are supposed to believe the driver lost control while he was pulling ONE OF HIS TEETH. Right. A 57-year-old Alabama trucker with more than one tooth? Well smear my ears with honey and tie me to an ant hill! 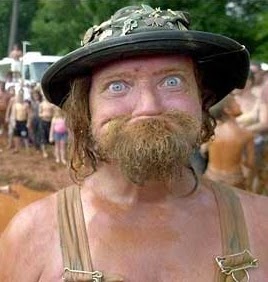 #3) And then this: "He had the tooth in his shirt pocket as proof." A SHIRT and a POCKET? What, the tooth didn't get caught up in the collar or silk necktie of this trucker?

PLEASE! *blogmaster swigs cooking sherry*
I'm not as think as you drunk I am.
Posted by DaBlade at 8:50 AM