TRUMP IN A LIMO

Whether you are a Donald Trump for president supporter or not, no rational thinking person can take any issue with his recent call for a temporary ban on moozlum immigrants. When the State-controlled media explodes in mock outrage, you know he hit the nail on the head.

When I heard this, I couldn't help but think of this scene from the second best motion picture ever filmed... 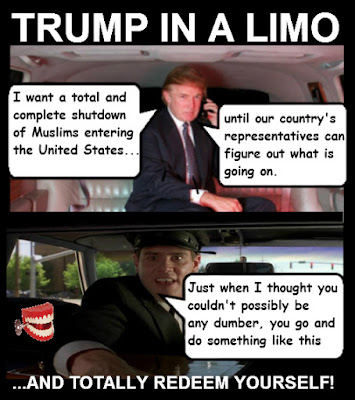 TRUMP: I want a total and complete shutdown of Muslims entering The United States until our country's representatives can figure out what is going on.

LOYD: Just when I thought you couldn't possibly be any dumber, you go and do something like this ...AND TOTALLY REDEEM YOURSELF!

TRUMP: I will make America great again.
LOYD: so you're telling me there's a chance? 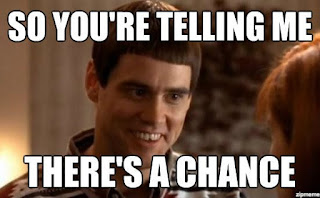 LOYD:Wanna hear the most annoying sound in the world? 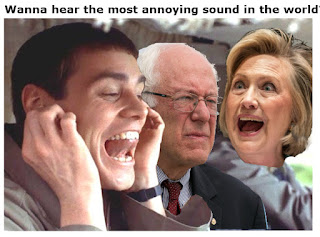