"Because Hillary. Because the Court" - What was the question?

I will get back to the silly picture memes shortly, I just have a few more things to get off my chest.

I am told I have to vote for Trump because the next president will likely have several Supreme Court appointments, and we can't let Hillary pick 'em.  Democrat appointments are always political hacks and are used as sledgehammers against our country's foundation, and there isn't anyone more despicable than Crooked Hillary.  Hopefully, I have stated the argument accurately. I just disrespectfully disagree with the reasoning, and I'll tell you why in a minute if you hang in.

I got into a sort of verbal confabulatory fracas with an unnamed person over this very issue on golf league night last Thursday, breaking a self-imposed "no politics on the beer deck" rule, and much to the horror of the beer-swilling members. This anonymous person is an attorney by trade, so when the subject of Ted Cruz's speech from the prior night came up, he used the occasion to prosecute (insult) Cruz - pacing the beer deck and pleading his case that I had to hold my nose and vote for Trump now because of the high court stakes.

It got a little heated and the under-35 members scattered, presumably Bernie Sanders supporters who were triggered by the foreign concept of a 'moral dilemma' and needed to find a safe space. But then we drank beer, smoked cigars and played golf, so it ended up being fine.

I am reminded of a recent caller on Glenn Beck's program - He is a former Cruz supporter who has now pledged to vote Trump. His reasoning? He said something to the effect that, "With Hillary as president, I am 100% sure we are screwed. With Trump as president, I believe we are only 99% certain of getting screwed."

So if that's your position, I get it, really, I do. I just disagree, and here's why.

Since 1969 (47 years), Republicans have nominated 12 out of the total 16 justices during this span. That's 75% Republican nominees, folks. How has the culture rot treated since then? The way I see it, the culture vulture has been gorging himself on the roadside constitutional carcass and has almost picked that sucker clean.

The Burger court was a complete disaster, with Berger, Blackmun and Powell all joining the majority in the court's landmark 1973 decision, Roe v. Wade, establishing women's constitutional right to have abortions. Rehnquist was the only dissenter of this Republican group (and the only one, coincidentally, not rotting in hell).

Next up, another Republican president. Now maybe we can get things back on track, right?

President Jimmy Carter (Democrat) - Thank goodness there were no vacancies during Carter's malaise years, but brother Billy might have been a hoot. Couldn't be any worse Ford's pick.

I feel like the D's for Sandy and Tony are probably a little "liberal" as they should probably be Es, but Reagan got it exactly right with the late Antonin Scalia, so I'm feeling magnanimous. BTW, Sandy thinks obama should pick the Scalia replacement.

C'mon, Georgie! Only 50%? I love Thomas, but there is no helping the pathetic Souter.

As expected, stopped clocks have better records than these two silly pieces of excrement.

The wise Latina and the vacant stare. By all means, let's give this Marxist president another "crack" at it.

So what is the final tally?

"So you admit that we have a better chance of getting a constitutional conservative and strict interpretationist with a President Trump!" 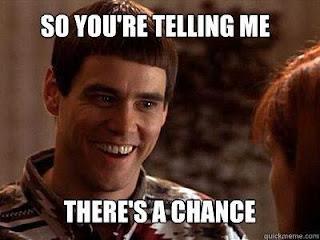 In the unlikely scenario of Trump beating Hillary, he is going to need a packed senate in order to get an acceptable nominee through. When he was recently asked about the importance of Republicans holding the Senate, he said: I hope they do “but I don’t mind being a free agent, either”


The great deal-maker. Who do you see a President Trump making deals with, and do you really see the end result being any different than Hillary's? Because I don't. In fact, the end result would be much worse, buhleeeve me. Don't be angry with me. We seem to care about this issue way more than the actual Republican candidate.

Trump IS the candidate, correct? He has officially accepted the nomination - and the contentious internal campaign and in-fighting is finally over now, right? "Our" Republican candidate is now reaching out and trying to coalesce the party by fence-mending with Tea Party and Christian Constitutional conservatives, isn't THAT what we're seeing?

Trump even said he might start a super PAC to try to defeat Cruz if he attempts to run again in 2020.