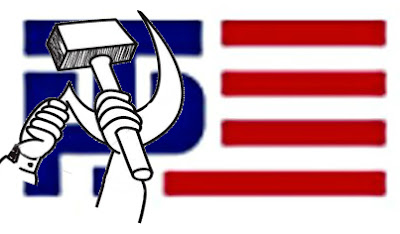 Shortly after the Trump campaign unveiled yet again another Trump-Pence campaign logo (above), it met with extreme criticism on social media. This time, Russian President Putin tweeted

The Donald has been attempting to woo the socialist kook Sanders voters while completely ignoring the Christian constitutional conservatives, hence the Communist hammer and sickle.  Trump has made it clear he plans on being a strongman who supports touch back amnesty, continued funding of Planned Parenthood, and economy-crippling 45% tariffs, while ignoring the constitution. The latest logo has just arrived. 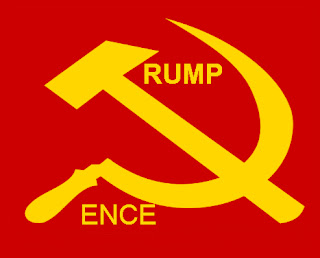 No more tiny baby hand and no more flag.
Posted by DaBlade at 8:53 AM