Do you have a swamp and need it drained? Did you just move into a new house and find out you have a bad leak in your kitchen? Don't panic! Just call Rex at Tillerson's Plumbing & Leak Repair. 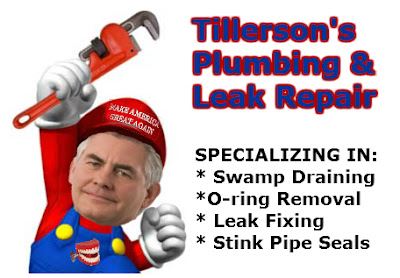 Hi, I'm Rex, at Tillerson's Plumbing & Leak Repair. Your leak is most likely being caused by a bad O-ring, especially if the O-ring has been in place for the last 8 long years.

That's where I come in. I will not only remove the old O-rings from your leaky system, but I will replace them with shiny new T-joints. (Don't worry, it'll be great!) 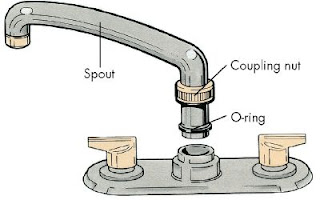 WHAT TO DO ABOUT THAT PESKY OLD O-RING, ONCE IT HAS BEEN REMOVED FROM THE SYSTEM:

Should you discard it?