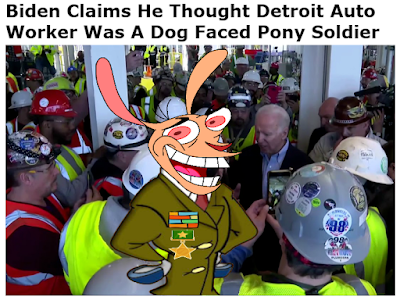 Senile old Joe told a worker in Detroit  "You’re full of sh-- ... I support the Second Amendment," apparently forgetting he recently promised Beto O'rourke the gun commissar position. This ancient fool's mind is half gone, and I think that makes him less dangerous than when he actually had all of his crazy lunatic faculties.

I just watched this worker interviewed on Fox and Friends. After it was disclosed that he did not vote for Trump in 2016, he was asked who he would be voting for in this upcoming election. He stated he didn't want to say. Really? I mean, that's your right, but if you are such the advocate for the 2ND Amendment then you couldn't possibly vote for a Democrat, ANY democrat. Why wouldn't you say that?

I walked into the local poll around 7:30AM yesterday morning. There were about 6 workers and no other voters besides myself. When I filled out the card with the Republican ballot selected as my choice, the gentleman furrowed his brow in confusion. He fumbled around as if he forgot where THAT stack was stowed and finally handed me one from the top. I was chipper and making small talk conversation with the workers. I had my pick of seats with the cardboard dividers... I sat... I selected Donald Trump on my ballot... I submitted to the machine... all is right with the Universe, having righted a wrong I made in 2016.

I was surprised to see that crazy creepy sleepy Joe won Michigan. Many folks on those conservative sites in my feed thought it would be funny or useful to vote for Bernie in the primary and hoping this would cause more division in the democrat party. I would never vote for a communist or any democrat for that matter. Presumably many Trump supporters did. I thought Bernie would take Michigan as a result. Nope. 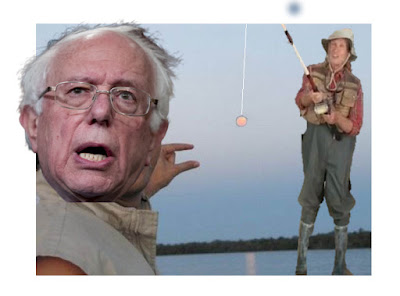