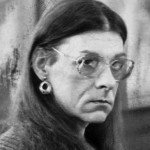 The right wingers are at it again, spouting their hate and discrimination. This time the target is Robert "Roberta" Kosilek, convicted of murdering his/her/it's wife in 1990 after she caught him prancing around the apartment in her lingerie. What always seems to be left out of their hate speech from this story is that Kosilek's wife LAUGHED at him when she caught him stuffing the ill-fitting bra in front of the mirror, lipstick smeared across his lips and cheeks, and the toes of his size 11 feet squeezed into her red high-heeled pumps. She LAUGHED! OK, he might have mistaken her screams for laughter, but the point is she made herself an unwanted tissue mass, so where's the crime? I wish a had a nickel for every time this happened to me, right democrats? There but the grace of Gaia go I.

So are these tea party prudes satisfied to just let Kosilek unjustly rot in prison? Nooo! Now they are angry that a Massachusetts judge ruled in his favor for a taxpayer funded "sex reassignment operation".

Not only should Romney and the rest of you one percenters have to pay for this humane life-saving castration, but Kosilek should have been allowed to speak at the Democrat Convention! Right before that man/girl... what was her name? The one with the thousand yard stare and linebacker shoulders who thinks Catholics should pay for her birth control. Andy?, no Sandy. Sandra  Fluke. That's it! Another fine progressive. Oh well. Change is hard.


Speaking of foreign policy, I loved how President Obama called out those other guys the other day when he said, "My opponent and his running mate are new to foreign policy."

YOU GO B.O.! Who do they think they are? Obama has made gutsy call after gutsy call. Just yesterday, we responded to the al-Qaida sympathizing rioters in Egypt and Libya (who stormed our embassies and murdered a few U.S. spies) by apologizing for our freedoms very eloquently.

Would Mitt Romney have apologized to these rampaging Islamo fellas, on the anniversary of 9-11 no less - or would he have told them to "Go to hell" like Charles Krauthammer suggested?


Only Obama has demonstrated to me that he can bow repeatedly and ass-kiss these Islamo fellas while he sticks it to those Jewish occupiers in Israel. You would think Israel would be content with the democrats re-inserting Jerusalem as the capital back in their platform. I mean, we still allow them Christians to blaspheme our president by leaving in Bethlehem as the birthplace of their savior in their platform.

The point is, we don't need no stinkin' newbees like Romney and Ryan muddling into foreign affairs! Like us progressives like to say, "There is no god but Obama and the Media is his glorious messenger".
Posted by DaBlade at 8:01 AM