Whether you like Michelle Obama or not, you have to give her some respect for doing something her husband will not - That is, exposing herself to a hostile press. Sure, they were only elementary and middle school kids she met at a campaign stop at a Virginian YMCA. But they sure were tougher than anything Obama has been through. 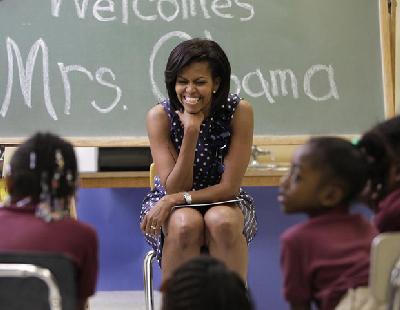 The kids had tough questions for the first lady (here are a few):

"As she entered the room, one boy pointed at her and yelled “Obama.” The First Lady said “No, I’m his wife.”

Then, according to the story, Michelle "then asked the adults, 'Where is Barack Obama?' She was told he’s in Colorado today." Apparently, Michelle didn't believe the children were as gullible as the average liberal when told that Barack "was at work".  Of course, the confirmation that he was in Colorado did not preclude the probability that he was on the golf course at that moment while the Middle East was burning.

Back to the grilling...

How about THAT question folks? Even these young minds struggle against indoctrination and the NEA approved template that Obama is actually "likeable". They have TVs at home and know better. As for Michelle's answer, what would you expect her to say? However, she does sound a little like a "corporate wife" if you ask me.


When asked by a kid where the Obamas would live if President Obama loses, "The First Lady said they could figure that out later," according to the pool report...

Another boy asked her if she thinks Obama will get outrun by Mitt Romney. “I watch TV,” he said by way of explanation, adding that he sees a lot of Romney on TV.

“He does have a lot of commercials,” the First Lady answered.

What this report doesn't mention is whether or not those last two questioners (we'll call them little Woodward and Bernstein) will have IRS agents auditing their parent's tax returns.


When Michelle had enough, she snapped a command to "eat your vegetables!" before storming out.

Nice job kids! Those hard-hitting "gotcha" questions seemed rehearsed and lead me to believe that the children had advance notice of the First Lady's visit. I imagine the first graders meeting in the corner of the gym having the following conversation that shows up on Youtube because of an "open cellphone connection":

But that kind of thing wouldn't happen with REAL reporters.


BTW Michelle, I have an answer to the housing question from above... That is, if George will take you in. 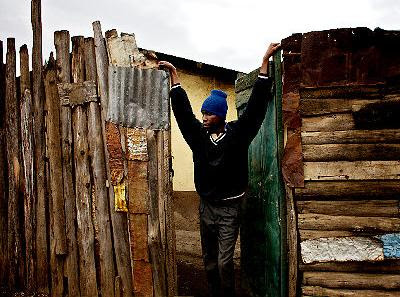