Will Obama get Schooled in Chicago? 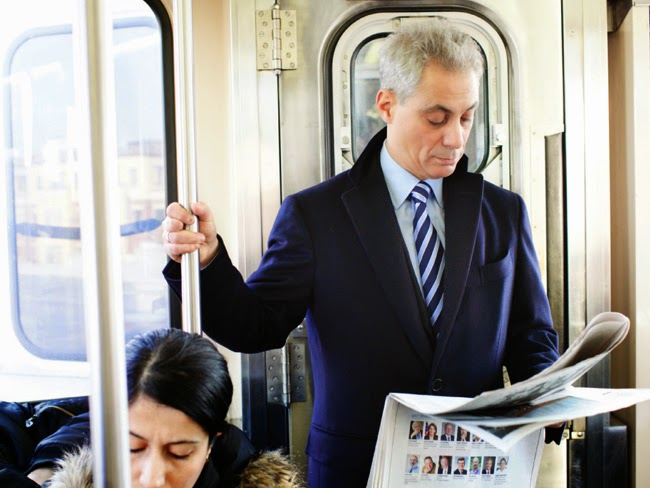 Chicago Mayor Rahm Emanuel grabbed hold of the greasy handrail, as the doors closed and the train jerked to a start on its way toward downtown and City Hall. Rahm still liked to ride the Brown Line to work when he could, as he believed it made him appear to be a mayor of the common people. "Never let a good photo op go to waste," he thought.

His mood darkened as he read the Tribune...


Rahm was still angry at these vocal citizens for making him back down. "I promised the President! So my new school is too rich and too white? Where do these mu&%#$ f#$%ers think Obama sends his girls? Sidwell Friends wasn't exactly the Blackboard Jungle!"

Just then, Rahm cringed as his cell phone began to play "Dance of the Sugar Plum Fairy" from his pants pocket, the ringtone he had personalized so he knew when the president was calling. He resisted the urge to pirouette on this crowded train, and promised himself to afford the time in the quiet confines of his office.

He hesitantly answered his phone.

RAHM: uhhh.. Hello? Mister president?
OBAMA: Where's "Rahm-bo?" What have you done with my former chief of staff?
RAHM: Mr. president, I know you must be angry with me, but there was just too much public pressure...
OBAMA: Pressure? I had the entire healthcare system named after me against public support and threat of impeachment and you can't even get one measley school named after me on the north side of Chicago?
RAHM: B.b.b...but the latest Tribune poll shows that 6 in 10 African-American voters disapprove of my job performance...
OBAMA: Those are way better approval numbers you ever got for your dance performances. Listen Rahm. Let me be clear. I have to go now or I'll miss my tee time. FIX THIS, or I will be calling an emergency meeting with my joint chiefs on this issue next week. I will not hesitate to get boots on the ground over this, am I clear?

The *click* announced the president disconnecting without waiting for his response.

Rahm knew he had to come up with an alternative that made the president happy, not because he needed Obama's support in the future. Quite the opposite, since the president's job approval numbers were worse than his own and he had become toxic after having destroyed the country's economy, national security, health care and shredding the constitution. That said, he could still crush him with his pen and his phone.

He started to brainstorm school name alternatives to get himself out of this jam... 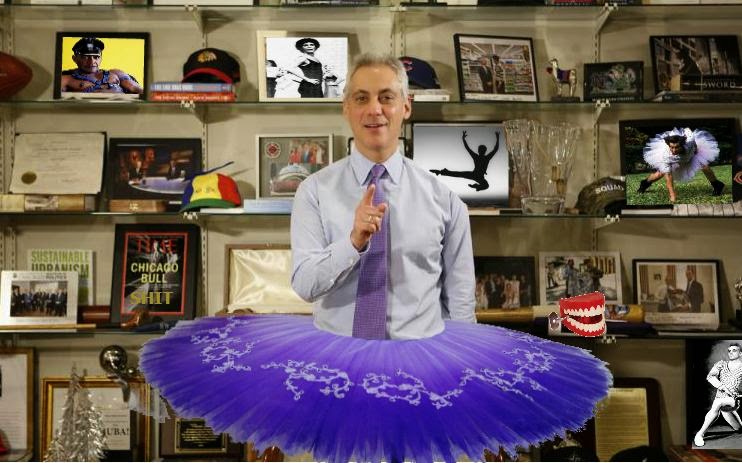